The future of justice begins with her

Over the years we’ve seen a lot of Superhero movies come into the silver screen and go and get rebooted for a modern audiences but the most surprising one is that really hasn’t gotten a lot or no love at all is the Amazonian Princess, Diana a.k.a Wonder Woman and many other Female Superheroes who were inspired by the character who is regarded as one of DC’s anchors. She has only appeared on screen with a TV movie (starring  Cathy Lee Cosby), a  3 season TV series that ran during the mid 70s (Starring Lynda Carter) and a TV pilot in the early 2000s (starring Adrianne Palicki) that didn’t do enough to get the executive to order a series out of it.  Outside comic books, Wonder Woman has only made her mark in animated movies, TV shows and Video-games. Why Movie execs until now have passed up on an opportunity to give her the silver-screen treatment she deserves I do not know but logic should dictate that someone or of people should have done it by now because the impact Wonder Woman a, creation of William Moulton Marston, a strong supporter of Feminist ideals and female empowerment has left on the world cannot be laughed at. Marston believes that the character is beacon that “ encourages women to stand up for themselves, to learn to fight, and be strong, so they don’t have to be scared, or depend on men”. His beliefs in what the character represents is also backed by Gloria Steinham who once described her as a character who “symbolizes many of the values of the women’s culture that feminists are now trying to introduce into the mainstream: strength and self-reliance for women; sisterhood and mutual support among women; peacefulness and esteem for human life.”

There’s a lot riding on this particular entry of the DC Expanded Universe of movies. For starters the DCEU hasn’t really set the world alight with its entries since its debut from 2013’s polarizing Man of Steel, to 2016’s train wreck Batman v Superman: Dawn of Justice and the somewhat detestable Suicide Squad that squandered its potential (I initially enjoyed it on first viewing then repeated viewings changed my opinion) and they need the movie of today’s discussion to get them back on track. This movie also has the added pressure of making a statement to the executives of Hollywood and the entertainment industry that there is room for female superheroes to have her own feature film and make a massive crater in the market despite the failures of past attempts (Barb Wire, Elektra and Cat Woman I’m looking at you). Choosing Gal Gadot as  Diana Princess of the Amazon, even though it initially raised eyebrows due to her ‘physique’ and lack of acting credits at that point proved to be one of the brighter lights in the aforementioned Batman v Superman. What many may not recognise is that the former Israeli soldier turned Model and actress depiction of Princess Diana aka Wonder Woman, a founding members of the Justice League and one of the corner stones of DC’s continued success was the first to make it to cinema screens. Now DC have the opportunity to break even more barriers as they have gifted Wonder Woman with her first solo movie a whole year before their competitors Marvel Studios put out their first female led Superhero films in the guise of 2018’s Ant-Man & the Wasp and 2019’s Captain Marvel. 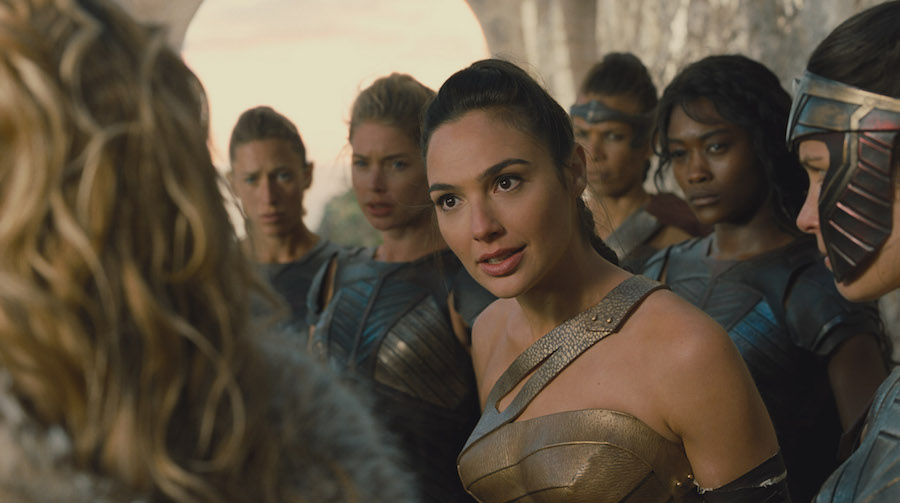 Diana is the Princess of the Amazons.

Wonder Woman goes back in time before the events of Man of Steel and Batman v Superman to tell the origin story of Diana (Gal Gadot), a young princess and the daughter of Queen Hippolyta (Connie Nielsen), a powerful warrior who leads the Amazon, a tribe of Women that reside in the hidden island of Themyscira. Diana spends her days on the island learning how to be a warrior under the tough tutelage of her aunty, General Antiope (Robin Wright).   Her life changes when a pilot named Steve Trevor (Chris Pine) crash lands in the water just beyond Themyscira’s shores.

Diana rescues Steve and informs the Amazons of the Great War (WWI) that has taken countless lives across Europe. Believing that Ares, the God of War a sworn enemy of the Amazons is behind this tragedy Diana’s believes its her duty to save man kind from Ares wrath and sets out with Steve to help the war effort. Along the way she becomes a fish-out of water and gets acclimatised to the world through the help of Steve’s secretary Etta Candy (Lucy Davis) and their ally Sir Patrick Morgan (David Thewlis). Diana and Steve also set out to find General Erich Ludendorff (Danny Huston) and his scientist Doctor Maru (Elena Anaya) who she believes to be under Ares control – after assembling a small team consisting of Sameer (Saïd Taghmaoui), Charlie (Ewen Bremner), and Chief (Eugene Brave Rock).

Patty Jenkins whose credits include the Academy Award winning  Monster  takes the helm as director and is tasked with the goal of making Wonder Woman a film that  has the potential to set a new precedent , get the DC expanded universe back on track and most importantly a  thoroughly entertaining film from start to finish. 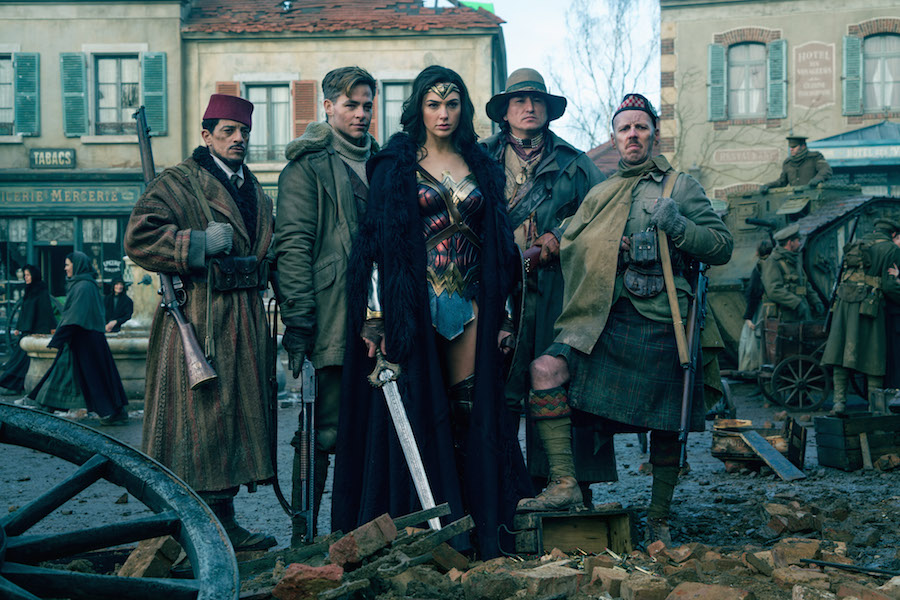 Wonder Woman could have called it a day with a character that is just a badass and the driving force for its insane action sequences but the movie is so much more. It’s a movie with a cohesive and gripping tale that gives the first lady of comics a live-action popcorn flick worthy of her legacy. Patty Jenkins direction and great performances from Gal Gadot, Chris Pine and the supporting cast not only makes this film the best entry in the DCEU but it stands above everyone else as the best female- led superhero film and one of the best superhero films to date.