Produced by: – John Cohen & Catherine Winder
Starring: – Jason Sudeikis, Josh Gad, Danny McBride, Maya Rudolph, Kate McKinnon, Sean Penn, Tony Hale, Keegan-Michael Key, Bill Hader & Peter Dinklage
Runtime: – 97 minutes (1hr 37mins)
Why So Angry ?
Angry Birds The Movie is based on the popular mobile phone app of the same name. Made by Rovio Entertainment, The Angry Birds video games has players using a slingshot to throw a variety of enraged Birds with different abilities at a fortress of Pigs who have stolen the Birds eggs. Since its initial release in 2009, Angry Birds has been lauded for its successful combination of addictive gameplay, charming visuals and its low price. Thanks to that, it has become a cultural phenomenon that now has merchandise, theme park attractions and has become an advertising icon. When this picture was announced it came off as a bit of a shock since its coming out soo late in their 15 minutes (or at this point 7 years) of fame.
One of the biggest surprises back in 2014 in the animated feature space was The Lego Movie. It ended up being a really funny and charming film based on little figurines that were synonymous with everyone’s childhood.  The movie was so impressive that it rivalled a lot of DreamWorks and Disney Pixar’s efforts, so much so it was blasphemous when it wasn’t nominated for an Academy Awards for best Animated feature. One can put together that Hollywood’s rush to adapt Angry Birds into a feature-length film is indeed a knee-jerk reaction to the fact that a property with an extremely simple premise can be made into a great film, which in turn will make a killing at the box-office. 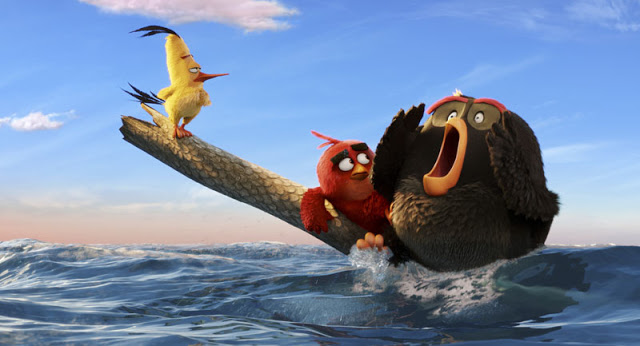 The film is set on Bird Island, where the inhabitants are a community of flightless happy-go-lucky birds.  The movie follows Red (Jason Sudeikis) who is prone to anger and is seen as the  out-cast of the community and has decided to live in the out skirts of town. After an incident that gives him furious and violent outburst, Red is sentenced by the court to anger management classes, where he meets the speedy and talkative chuck  (Josh Gad), Bomb, a black bird who is kind but has a tendency to literally blow up and the big but mute Terrence (Sean Penn) who communicates through grunts.  During these events, a boat filled with Pigs led by their king, Leonard  (Bill Hader) comes to the island for a ‘friendly’ visit much to the inhabitants’ excitement. Red however is suspicious and along with Chuck & Bomb, set out to prove that the Pigs intentions are not pure. 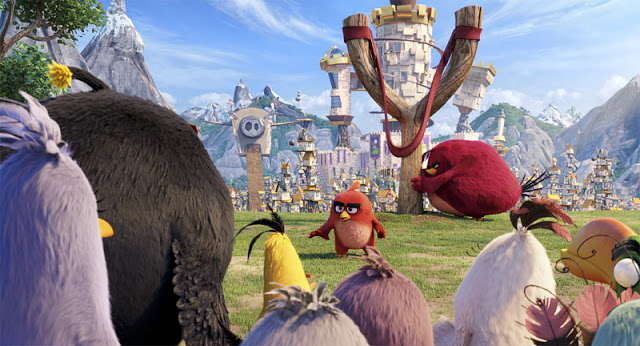 The movie respects the source material.

The Angry Birds Movie is the directorial debut of Clay Kaytis & Fergal Reilly and it features a comedic vocal cast of Peter Dinklage, Sean Penn, Jason Sudeikis, Josh Gad, Danny McBride, Maya Rudolph, Kate McKinnon, Bill Hader and Keegan Michael Key amongst others. Can this adaptation of the popular franchise break the video-game movie curse that Hollywood has made? Is this movie entertaining enough to stand up to DreamWorks and Disney’s might in the animation world? Lets take a look at the pros and cons.
PROS 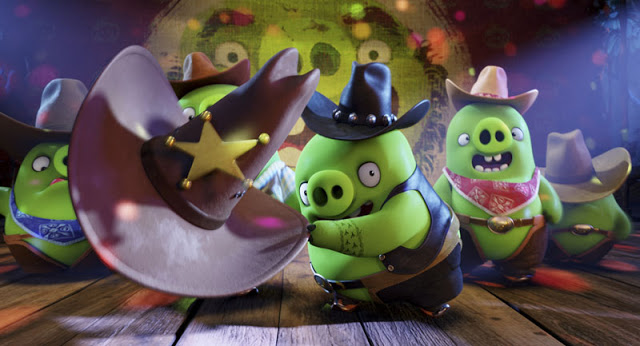 These piggies are up to no good !! 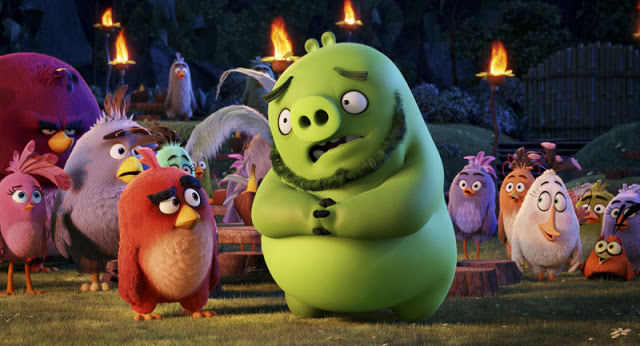 Unfortunately there isn’t much of a story here.

The Angry Birds Movie is a film that came 6 years to late. It not a total failure it does enough to show sparks of its charm and potential that is ultimately wasted. Kids and extreme Angry Birds fans will lap this 97-minute reel of a marketers dream.  Everyone else will be disappointed with the fact that’s it awesome ensemble couldn’t make this film work.  Watch this one on TV.
RATING: WATCH ON TV
Category: Hollywood, Reviews