Produced by: – Michael Bay, Andrew Form, Brad Fuller, Scott Mednick, Galen Walker
Starring: – Megan Fox, Will Arnett, Laura Linney, Stephen Amell, Noel fisher, Jeremy Howard, Pete Ploszek, Alan Ritchson, Brian Tee, Gary Anthony Williams, Stephen ‘Sheamus’ Farelly, Tyler Perry
Run time: – 112 minutes (1hr 52mins)
Raise some Shell.
It’s no secret that I am a huge fan of the heroes in a half-shell. What many people may not know is that I loved them so much as a toddler that one of my first words was in fact Donatello.  I like many other kids who grew up with the Turtles became a huge lover of pizza because of their antics.  Over the years we have seen the Teenage Mutant Ninja Turtles explode in popularity through comic-books, television shows, merchandise and of course movies.
Back in 2014, Michael Bay, fresh of his fourth attempt in the desecration of the Transformers franchise (Transformers: Age of Extinction) decided it was time to ruin another corner stone of our childhoods with the immensely popular Ninja Turtles franchise by producing a reboot simply titled Teenage Mutant Ninja Turtles. Surprisingly it wasn’t as bad as we thought even though it made some bizarre choices during production like casting Megan Fox as  April O’Neil or have Shredder fight the Turtles in a Transformers-esque suit or having the Turtles become seven foot hulking leviathan’s that happen to be Ninjas. I don’t think the movie would have been as good if fans didn’t backlash at Michael Bay’s ridiculous plans of making the Turtles aliens or making Shredder a Caucasian. It performed well enough in the box office to hand this new movie series a lifeline in the form of a sequel that promises to make fans happy. 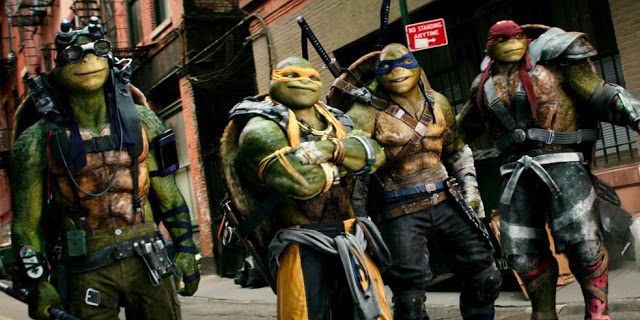 The Brothers, the Ninjas , the Turtles kick some serious shell.

Teenage Mutant Ninja Turtles: Out of the Shadows picks up from the aftermath of Shredder’s attack on New York City, where the Teenage Mutant Ninja Turtles emerged victorious and saved the city. Since then, they have returned to the shadows and have convinced Channel 6 cameraman Vernon Fenwick (Will Arnett) to take the credit for saving the city.
This is arrangement was made as the Turtles believe that humanity isn’t ready to accept crime-fighting humanoid reptiles, even though they long to mix with the outside world. Our turtles Leonardo (Pete Ploszek), Raphael (Alan Ritchson) Donatello (Jeremy Howard), and Michelangelo (Noel Fisher) spend their time training, or playing inside their sewer lair and only choose to come out at night fight crime or sneak into basketball games. 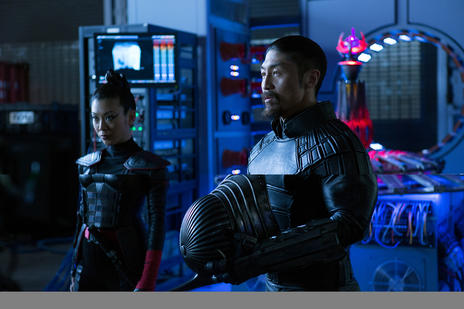 The Shredder and Karai look more recognizable this time round.

With the help of the crazy scientist, Baxter Stockman (Tyler Perry), the Shredder (Brian Tee) manages to escape from police custody, and gets teleported to an alternate dimension, where he forms an alliance with from extraterrestrial warlord, General Krang (Brad Garrett). Krang arms, the Shredder with a mysterious purple substance and with Stockman’s assistance transforms dimwitted criminals Bebop (Gary Anthony Williams) and Rocksteady (Stephen ‘Sheamus’ Farelly) into a mutant Warthog and Rhinoceros to combat the Turtles whilst he attempts to find artifacts that can open a portal between Krangs world, Dimension X and earth.

The Turtles with the assistance of the resourceful reporter April O’Neil (Megan Fox) and former officer-turned-masked vigilante, Casey Jones (Stephen Amell) enter a race to stop Shredder and his goons from opening the portal and bringing the destruction of planet Earth. 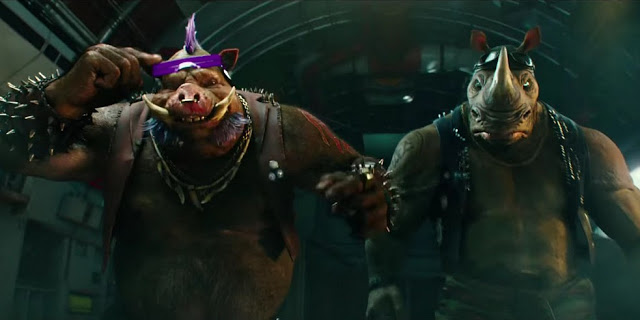 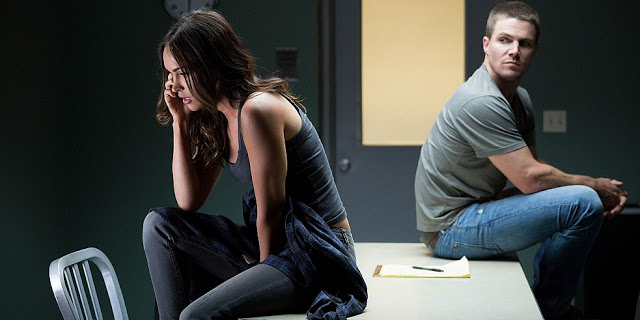 Casey Jones and April O’ Neill. Is love in the air ?

Teenage Mutant Ninja Turtles Out of the Shadow is a better effort compared to   the last film. The film takes a few steps forward correcting mistakes of the last film, however it takes a few step back thanks to some fan service which doesn’t add to  the film but feels like its only there to make fans happy. The film is still a fun  time and there is no harm in watching this action-romp.
RATING: – WATCH AT A DISCOUNTED PRICE
Category: Hollywood, Reviews, Slider