Starring: – Will Smith, Jared Leto, Margot Robbie, Joel Kinnaman, Viola Davis, Jai Courtney, Jay Hernandez, Adewale Akinnuoye Agbaje, Ike Barinholtz, Scott Eastwood, Cara
Delevingne, Ben Affleck, Ezra Miller
Running time:-  123 minutes (2hrs 3 minutes)
Worst. Heroes. Ever.
Let us be honest with ourselves the DC expanded universe of movies hasn’t taken off as well as DC itself, fans and the general audience has expected it to.   Man of Steel had people divided as people appreciated its darker take on Super Man, others thought that it wasn’t fun at all and it didn’t come close to the Christopher Reeves movies. The colossal disappointment  Batman v Superman: Dawn of Justice hasn’t helped matters at all, as a movie that many of us had dream of seeing became an 8 minute fight wrapped around an almost three-hour knee jerk reaction to Marvel’s dominance in the form of teasers for their upcoming movies. 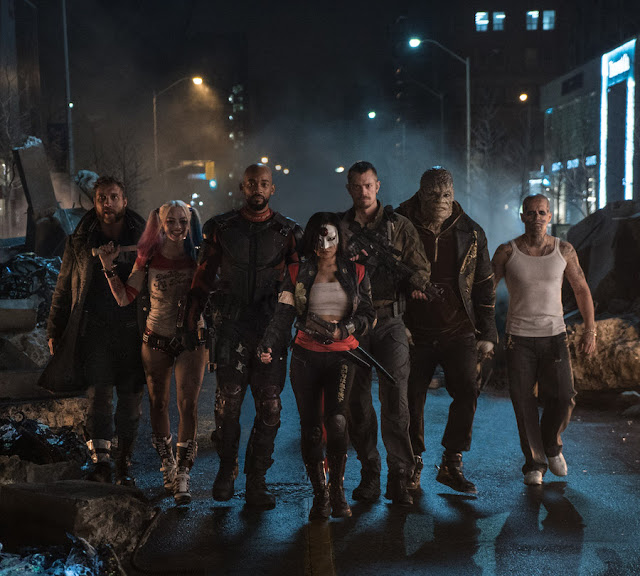 Justice has a bad side.

DC now ironically turn to a gang of super-villains to flip their critical woes into great fortunes.  This time round it looks like DC are doing they darned best to make sure that this movie succeeds both critically and financially.  The executives have observed with the success of   The Guardians of the Galaxy and have  come to the conclusion  that you can  make a super-hero epic around a gang of misfits.  Written and directed by David Ayer who is well known for writing Training Day and writing and directing other films like Street kings and End of Watch, it should be no surprise that there are high expectations for this flick.  The expectations reach the stratosphere when you have an all-star cast featuring the likes of Viola Davis, Will Smith, Jared Leto & Margot Robbie. 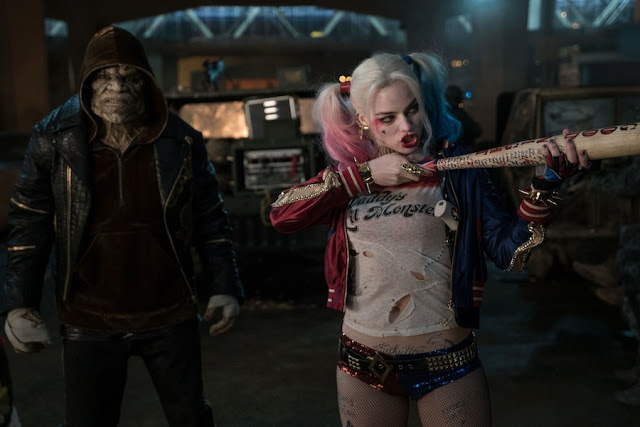 To those who are unfamiliar with the Suicide Squad the premise of the team is simple. The titular team consists of an ensemble of lethal criminals and super-villains that have been convicted. They normally get assigned to perform dangerous and life-threatening black ops missions for the government in exchange for less time in the slammer.  Its simple and effective premise creates opportunities for readers or watchers to see the DC world from the villain’s perspective. 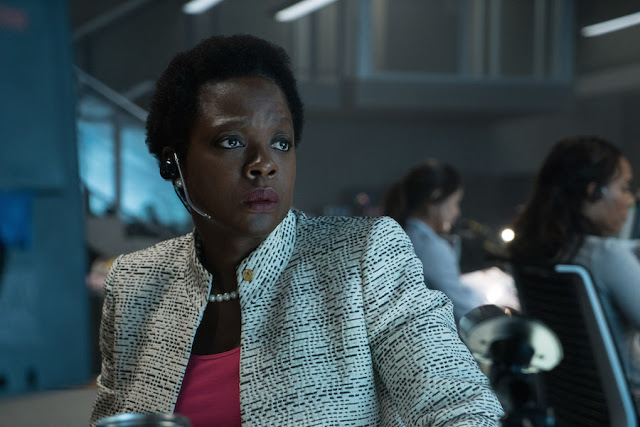 In this movie, intelligence operative, Amanda Waller  (Viola Davis) of top-secret government agency A.R.G.U.S has now recognised the threat of meta-humans following the past events of Batman v Superman: Dawn of justice and devises a plan to assemble a crack team of dangerous, incarcerated super villains to partake in unsanctioned operations too dangerous for the U.S military. They also go under the name of Task Force X. How can one control a band of deranged killers? Simple, Waller promises them reduced sentences on top of the fact she has injected the members of the squad with remote explosive charges that kills them instantly if they step out of line.
Amanda Waller also relies on field commander Rick Flag, who leads the squad. The squad features the deadly accurate Deadshot (Will Smith) who is looking to reconnect with his daughter.  The crazy and sexy partner of the Joker, Harley Quinn (Margot Robbie); Captain Boomerang (Jai Courtney) an Australian convict with a penchant for using boomerangs; Killer Croc (Adewole Akinnuoye-Agbaje,) a mutated man that has crocodile like skin and fangs. Diablo (Jay Hernandez) a man who can control the element of fire but wants to repent for his past sins is also drafted. To top the roll call off, a mysterious Ninja named Katana (Karen Fukuhara) and Slipknot, an assassin expert in tactical grappling and scaling  (Adam Beach) are also enlisted.  The squad go on a  ‘suicide mission’ to investigate and terminate a supernatural entity causing a commotion.  However the mission runs into numerous problems as members of the suicide squad have secret agendas and now face the dilemma of whether to follow their orders or risk their lives by pursuing their self-interest. With that in mind , lets take a look at what makes or breaks this  summer block-buster.

Jared Leto doesn’t get enough time to sell his Joker. 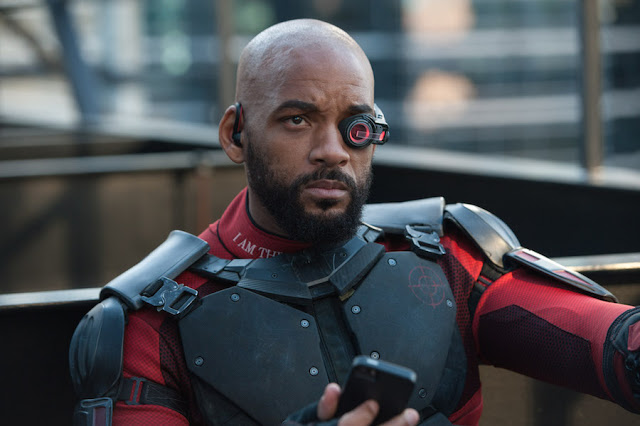 Will Smith brings his charm and charisma as Deadshot. 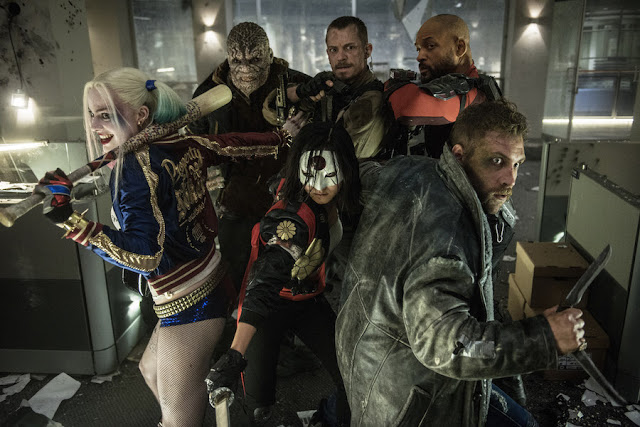 Suicide Squad is ultimately an extremely enjoyable action-romp with character and heart that takes the DC expanded universe in the right direction.  The movie has issues but a lot great individual performances and good chemistry keeps this movie afloat.