Homework can wait. The city can’t

Five movies, two reboots and three actors within a 15 year time span should be a cause of concern for fans marvel’s resident web-slinger but Tom Holland’s teaser of Spider-Man was well received as one of the highlights of the critical and commercial darling that was Captain America: Civil War. Despite how small this movie is in scale compared to the other Marvel movies it’s a significant event for Marvel studios as the company’s most popular character and most prized assets gets his own movie under the Marvel Cinematic Universe and not the badly planned Amazing Spider-Man universe Sony pictures were planning since they rebooted the hero with Garfield taking charge as Parker. 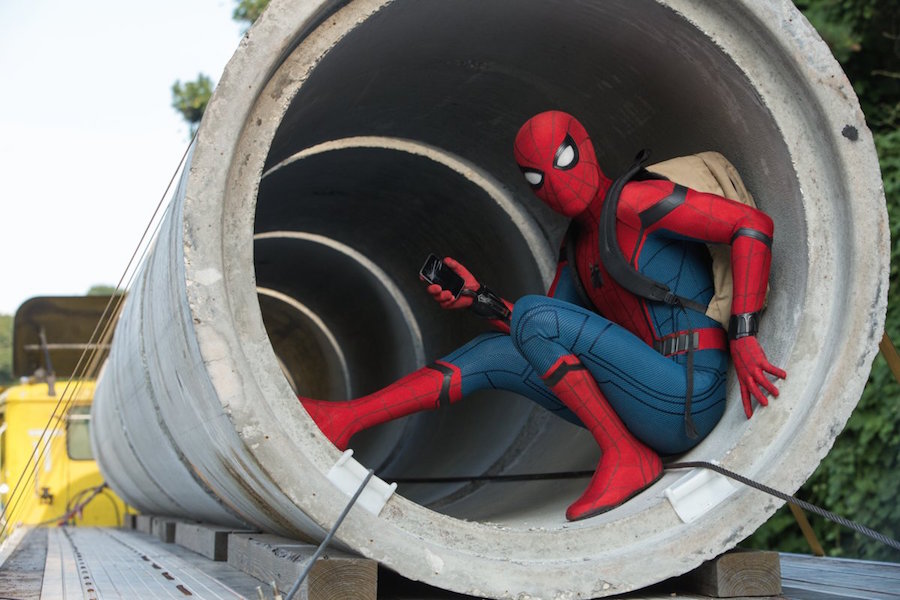 Spider-Man: Homecoming is set two months after the events of Civil War, Peter Parker (Tom Holland) has returned to his home town of Queens, New York to fight miniscule crime in his neighbourhood like Bike theft, shoplifters with his technologically enhanced- suit that was gifted to him by Tony Stark (Robert Downey Jr.). Still thinking about the fight he was involved in Civil War, Peter believes that he is proved his worth to be an official member of the Avenger and is even willing to abandon his high school life, friends and even his Aunt may (Marisa Tomei) who is wondering why Peter has been acting weird lately.

Trouble brews when a group of criminals start committing robberies and dodgy arms deals with technologically advanced weapons that was created out of alien technology which eggs Peter to investigate the origins of said devices. We find out that that the technology is the handiwork of Adrian Toomes (Michael Keaton) and a few of his goons who are selling them to make ends meet. Peter Parker hopes to use this opportunity to bust these criminals without the help of the Avengers. This situation leaves us asking whether Peter should use this as an audition to prove that he can be an Avenger… or whether he should focus on his academics and the upcoming homecoming dance. 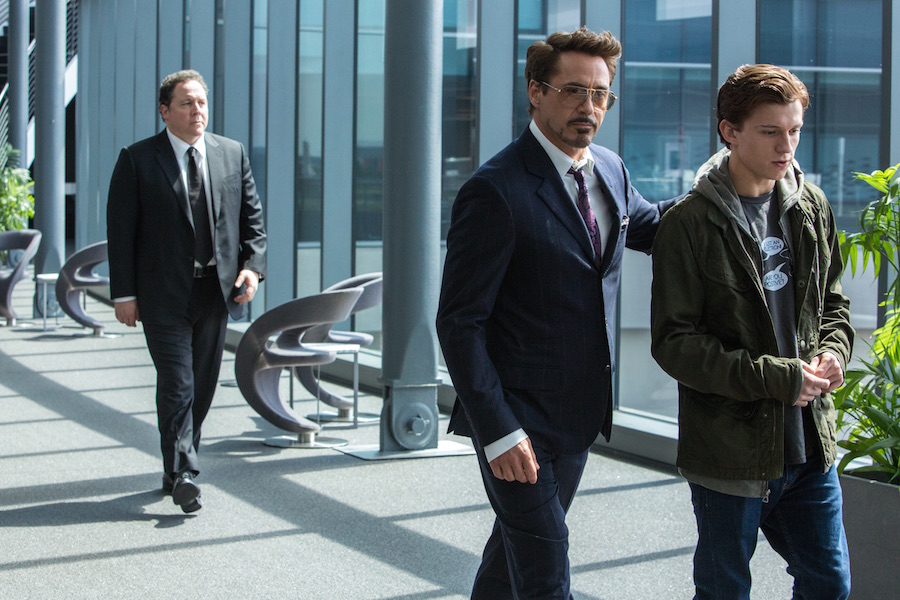 Peter Parker has a talk a with ( Robert Downey Jr.) and Happy Hogan (Jon Favreau)

Spider-Man: Homecoming is a great return to form for the Web head as it full of laughs, great action sequences and a little heart. It’s colourful, it’s fun and it’s new youthful approach works extremely well as a standalone movie that fits into Marvel Cinematic Universe without making to many compromises for the sake of world building. This is a movie you should definitely check out.