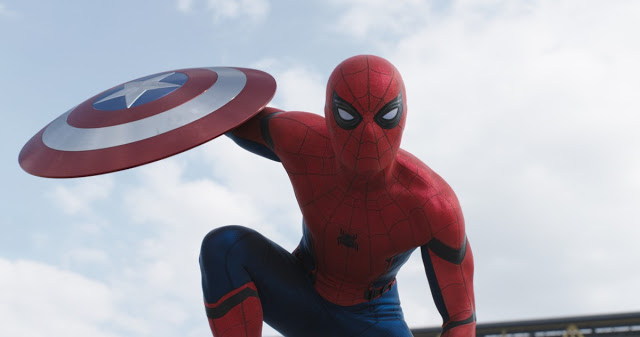 After making his Marvel Cinematic Universe debut in Captain America: Civil War, Your friendly Neighborhood  Spider-Man is finally set to have his first solo film  within this universe in the upcoming Spider-Man : Homecoming. Tom Holland , who plays  the web-slinger  has taken to his intstagram page to tease us with a  possible location Spidey will be visiting   .  To the naked eye it looks like a photo of him chilling with his co-star Jacob Batalon  (Ned Leeds) and a friend  at the Porsche facility in Atlanta.  In actuality the facility has also been used as a stand in for the New Avengers Facility that has  been featured in Avengers : Age of Ultron , Ant-Man and Captain America: Civil War.  Does little cheeky photo imply that the web-head will be taking a tour of the Avengers Headquarter in his upcoming feature length- film ?

Could this mean more members of the Avengers are going to make a cameo ? As far as we know Spider-Man: Homecoming is also set to feature Robert Downey Jr. as Tony Stark/ Iron-Man and Jon Favreau  has been confirmed to reprise his role  as Tony’s body guard Happy Hogan. Whatever his reason  for coming here will most likely remain a mystery until the film comes out. Spider-Man:Homecoming  will be swinging to cinemas July 7, 2017.

JOHN WILLIAMS WILL NOT SCORE STAR WARS: ROUGUE ONE