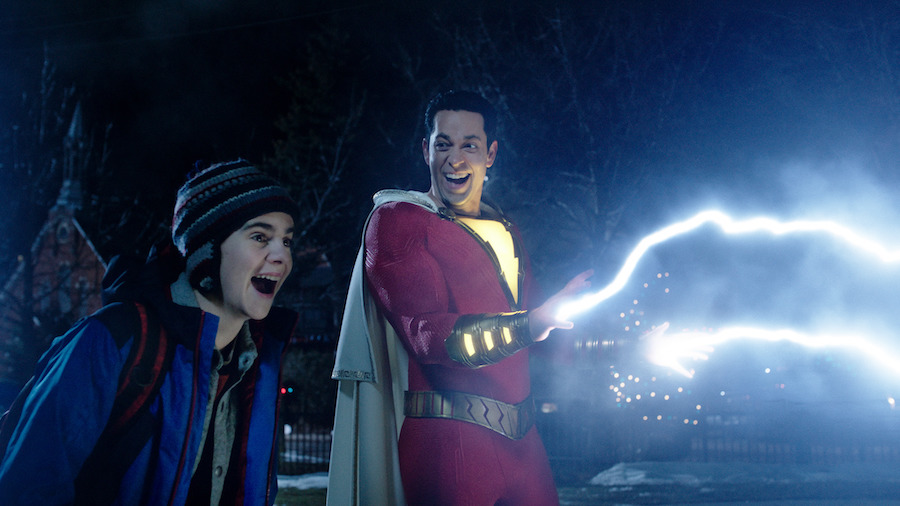 DC hit a bit of resurgence as of late. From 2017 they hit form with Wonder Woman, a film that shattered all expectations critically and commercially. They had a bit of a dip with the highly anticipated Justice League, a film that went through a weird production cycle and reshoots that resulted in the Avengers director Joss Whedon coming in to finish the project. It released with middling to poor reviews and was considered a box office failure despite drawing in $657.9 million against a $300 million budget.2018 proved to be a better year for DC as the standalone Aquaman film was well received and became the companies first billion-dollar movie since the Dark Knight Rises (a film outside the DCEU) as it took home a box office of $1.147 billion. It seemed that turning away from an expanded universe and focusing on individual stories was the best route DC should have taken along the way and it seems that they are taking that approach with today’s film Shazam!

Shazam! formerly known as Captain Marvel (who lost it after a lengthy legal battle with Marvel over ownership of trademark) finally gets his opportunity to shine on the silver screen. Set in the same universe where meta humans are now a known entity, Shazam tells the tale of Billy Batson (Asher Angel), a troubled 14-year-old kid who jumps from foster home to foster home whilst looking for his mother who abandoned him. He is placed in a foster home with kind parents and foster siblings including Freddy Freeman (Jack Dylan Grazer) a crippled boy who is big fan of superheroes. After Freeman gets attacked by bullies in their high school, Batson jumps in to save Freddy and gets noticed by aging wizard Shazam (Djimon Hounsou) who is running out of time and gifts him with his power. Batson has to shout out the wizard’s name and he becomes adult superhero Shazam (Zachary Levi). Batson gains the wisdom of Solomon, granting increased intellect; the superhuman strength of Hercules, the superhuman stamina of Atlas; powers from Zeus, including the ability to summon lightning; the increased courage of Achilles, as well as being nearly indestructible; and the superhuman speed of mercury, which provides him with the means of flight.

Confused about his situation Batson turns to Freddy, a superhero expert of sorts to help him figure out how to hone his new-found abilities and leaves us asking whether kids with superhuman abilities will use their power for their own gain or use it responsibly and for the greater good. This question will be put to the ultimate test when Dr. Thaddeus Sivana (Mark Strong), a man who has a connection with the wizard Shazam comes into the fray and tries to take Batson’s powers for himself.

This movie is helmed by David F. Sandberg, a director well known for his horror film efforts in the guise of Annabelle: Creation and Lights out and looks to take a page out of films like Tom Hanks’ Big and add a supernatural ingredient to the concoction.  With all the things its going up against, does Shazam!  end up being a refreshing ode to 90s cinema and continue Warner Bros. and DC’s good streak? let’s observe.

Shazam! is a superhero origin tale with a lot of heart and comedy that separates itself from a crowded genre.  Without a doubt one of the best DCEU movies to date and one you should definitely checkout.