A Rebellion is built on hope

Despite the impact the Star Wars franchise has made on popular culture since its inception in 1977 with Star Wars Episode IV: A New Hope, to say that it has had the perfect series of movies would be a big fat lie. Its blemished record comes as a result of George Lucas’s work on the terrible prequel trilogy of films that started with the now infamous Star Wars Episode I: The Phantom Menace and ended with the somewhat passable Star Wars Episode III: The revenge of the Sith. Despite this, the franchise came back with a bang last year following the release of J.J Abrams Star Wars Episode VII: The Force Awakens which is the by-product of Disney’s acquisition of the franchise from George Lucas. The movie was a great blend of old and new as it re-introduced popular characters like Han Solo, Chewbacca and Princess Leia whilst introducing new leads Finn, Rey and Poe Dameron who is definitely taking the torch from the old characters and taking the series to new heights. Even though the movie was seen as a critical and box office darling, one cannot ignore the fact that the movie was essentially a re-tread of Episode IV under new coat of paint, which means that this particular chapter played it a little too safe. 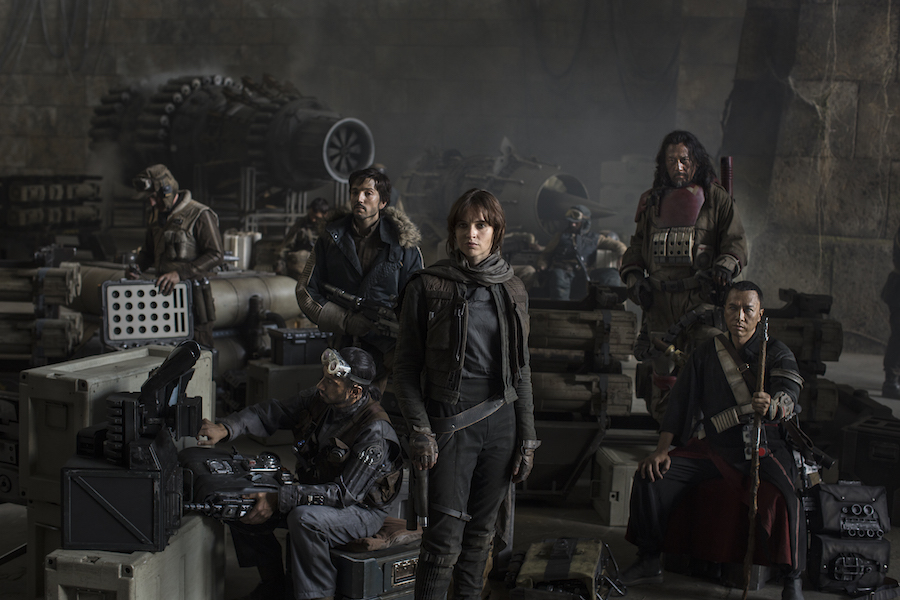 Meet the squad known as Rogue One

When Disney purchased the franchise it made also made a big announcement they would also release an anthology series of stand-alone movies, which will be set within the same universe. The two we are definitely aware of at the moment is today’s piece and a Han Solo origin tale. Rogue One: A Star Wars Story presents itself, as the first of many anthology films the Disney Empire will be releasing in between traditional Star Wars film. Set between Revenge of the Sith and A New Hope, the general idea behind this picture’s plot was lifted from the second paragraph of A New Hope iconic opening text crawl which states that:

“ During the battle, Rebel Sspies managed to steal secret plans to the Empire’s ultimate weapon, the DEATH STAR, an armoured space station with enough power to destroy an entire planet”

Even though that paragraph holds serious importance to the lore of franchise George Lucas’s original space epic never showed the characters or spoke about them during the movie. Rogue One uses this opportunity to tell a self-contained story that fills in this gap. The movie revolves around Jyn Erso (Felicity Jones), a rogue maverick who is the daughter of former Empire scientist Galen Erso (Mads Mikkelsen). Galen gets taken away by Orson Krennic (Ben Mendelsohn), a general in the Empire to coerces him to finish the Death Star. 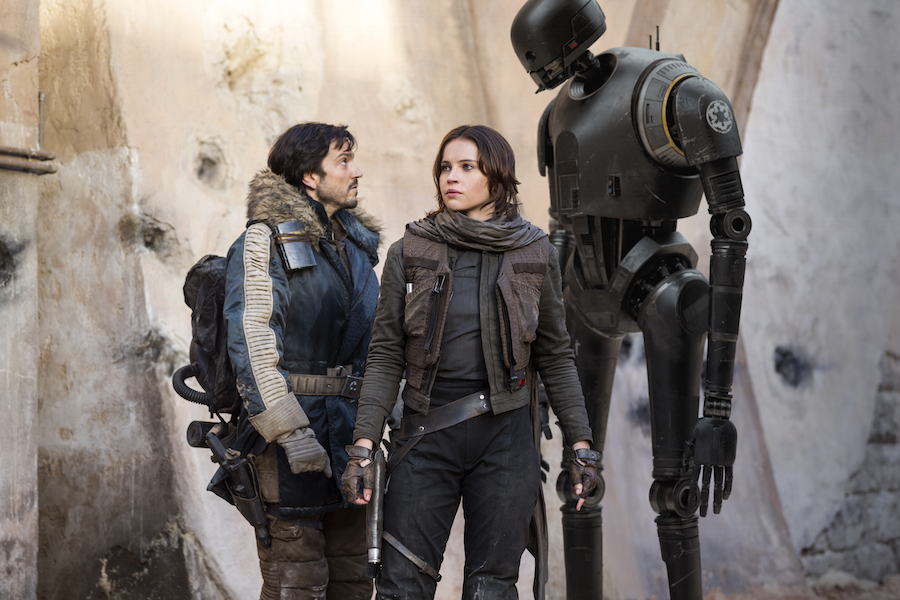 In her search for her father the empire captures her. She gets rescued by Cassian Andor (Diego lunar), a Rebel Alliance Officer and his droid K-2SO (Alan Tudyk) a reprogrammed imperial enforcer. The alliance leaders in an attempt to reunite divided Rebel factions conscript Jyn to the cause as they are aware of her relationship with Rebel extremist Saw Gerrera (Forest Whitaker), a veteran of the Clone Wars and hope to use her as a vehicle to convince Saw to join their cause. They are also know that he has kidnapped Bodhi Rook ( Riz Ahmed) , a former Imperial pilot who defected to the Rebels to give them intelligence that could tip the scale of the conflict on their side. Jyn agrees and hopes to use this opportunity to get one-step closer to finding her father. The search for Gerrera and Bodhi gets interrupted when a clash between insurgents and the storm troopers occur. In this battle she discovers the might of blind warrior and Force user Chirrut Imwe (Donnie Yen) and his close friend Baze Malbus (Jiang Wen) a rebel warrior who wields heavy weaponry. After a series of further events Jyn decides that she can no longer sit idly by and sets out on a journey with her band of rogues to unite the rebels, steal the Death Star plans and find her father. 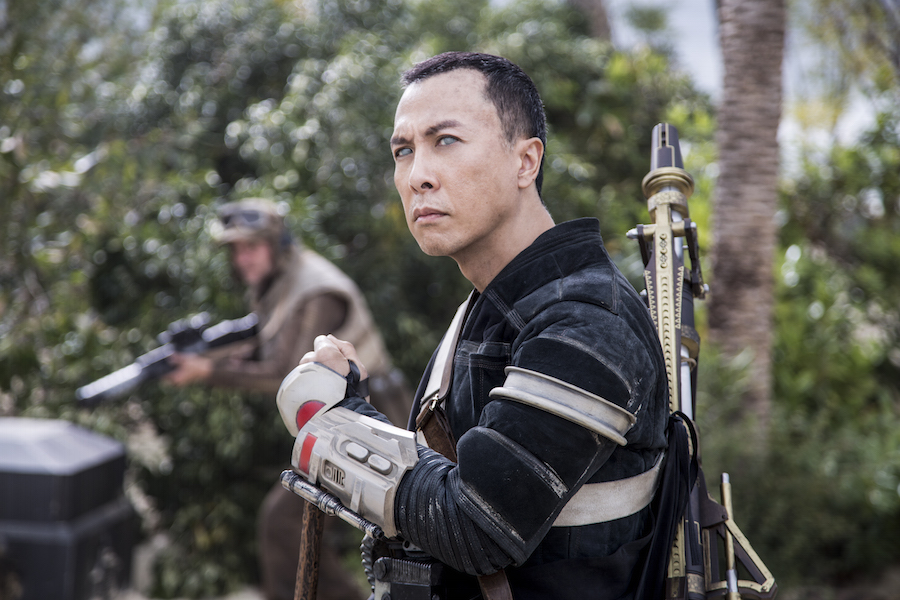 Directed by Gareth Edwards who many will recognise from his work on the recent Godzilla reboot and featuring a cast that includes Academy Award nominee Felicity Jones, Academy Award winner Forest Whitaker, Diego Lunar, Hong Kong action star Donnie Yen, Jiang Wen, Mads Mikkelsen and Ben Mendelsohn. Rogue One has all the pieces to tell a compelling story within the Star Wars universe. Lets see if it succeeds. 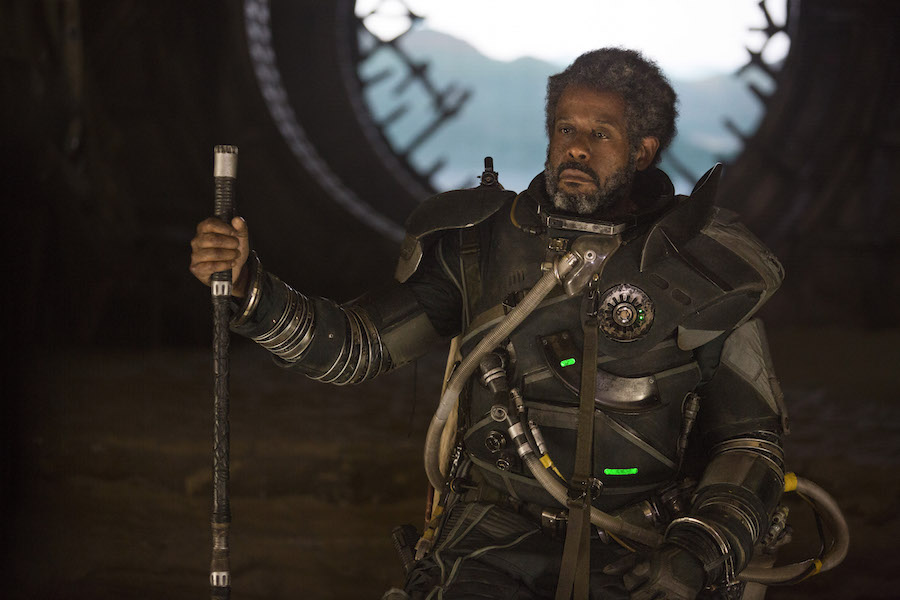 The film has some tense action-sequences. 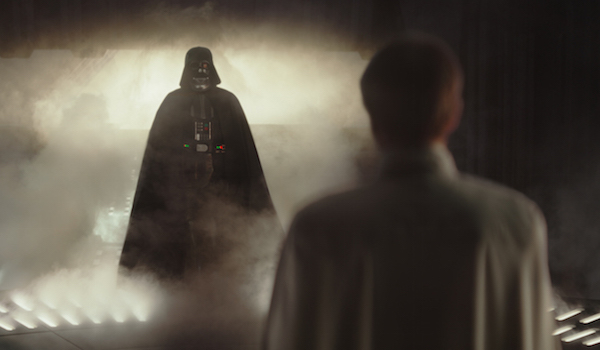 Rogue one: A Star Wars Story is great start to the anthology series thanks to its   grounded and darker story , its amazing visuals and impressive action set-pieces and awesome references that don’t overbear the movie. Despite its cool cast of characters, their lack of meaningful characterization and a forgettable villain prevents this movie from being the one the best in this historic series.

RATING: WORTH A WATCH