There are some laws that no matter how hard you try; you just can’t seem to change them. What goes up must come down and movies based on video games can never be great. While the first law is unbreakable the second one I mentioned has been broken one or two times but they have not changed the status quo. There are myriad of reasons why most video-game movies never succeed (that’s for a future editorial) but the Resident Evil series of films are still standing, so much so it has earned the Guinness World Record of “most live-action film adaptations of a video-game”. Over the span of 15 years it has made 6 movies (including this one we are reviewing) and has grossed over $1 billion at the worldwide box office despite their modest budgets and the negative reception the movies have received.

For those who aren’t familiar, Resident Evil started as a series of video-games that revolutionized the survival horror genre through its first three iterations and spin-offs and the highly acclaimed 4th game in the series that changed the industry again as it was the progenitor to a lot of mechanics one would see in modern third-person shooters. The recent entries (barring the recent Resident Evil VII) have lost their way because it abandoned its horror roots in favour of action set pieces that attempt to rival Call of Duty. With that said, the games are still Capcom’s highest selling Video games. I’ve said it once and I’ll say it again with great success comes sequels, spin-offs, merchandise and movies. 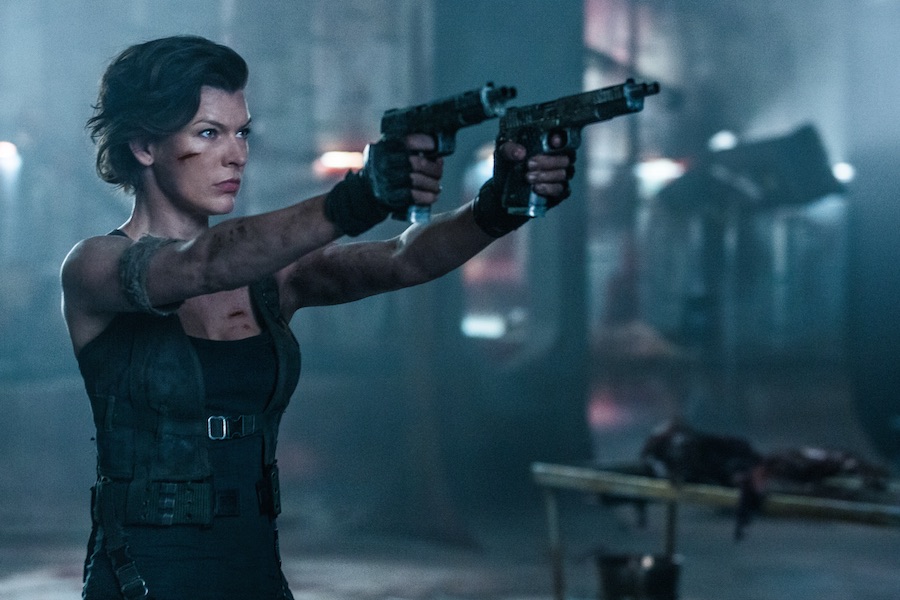 For the last 15 years we’ve seen Paul W.S. Anderson take advantage of the series success and fandom as he has taken the drivers seat with the film series, which is loosely based on the games. Unlike the games, the movies follows original character Alice (Milla Jovovich) who is constantly trying to survive the zombie apocalypse and take down the evil Umbrella Corporation who spread the Zombie infection. Even though the movie doesn’t follow the video-games storylines it still takes its time to honour it with the games unique zombies and monsters and its protagonists and villains who get relegated to supporting character status.

Set after the events of the 5th film Resident Evil: Retribution, Alice (Milla Jovovich) has found herself wandering a post apocalyptic world on her own after surviving a battle against Albert Wesker (Shawn Roberts) and the evil Umbrella Corporation in Washington DC that ended up being a set-up. The battle left the human race on the brink of extinction and Alice without her super human abilities. 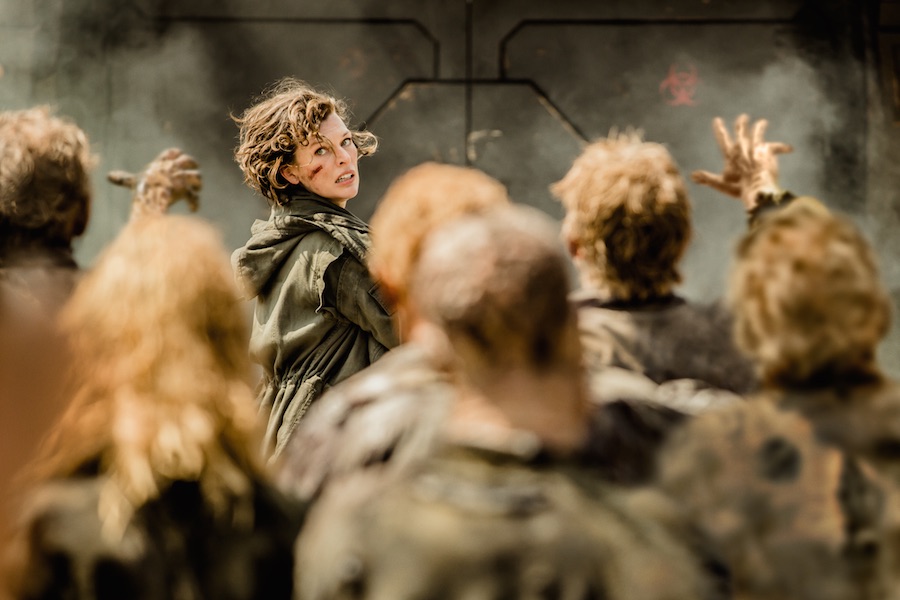 Alice gets chased down by a horde of zombies.

Alice finds an unlikely ally in the form of the Red Queen (Ever Anderson), an Artificial Intelligence from Umbrella’s super computer who tells Alice that the corporation has developed an Anti-virus for the T-virus that brought about the Zombie apocalypse and bio-weapons (Alice included) that terrorize the earth. She discovers that the anti-virus is secured in an Umbrella Corp facility buried under the streets of Raccoon city where the virus broke out. Alice has 48 hours to travel to Raccoon City to find and unleash the anti-virus before Umbrella launch their final attack on the remaining pockets of civilization.

Alice decides to go to the deserted city with the goal of saving the rest of the world from further extinction. Along her journey she finds her old ally Claire Redfield (Ali Larter) who runs a settlement filled with survivors and also get chased by the founder of Umbrella Dr. Alexander Isaacs (Iain Glen) with his horde of zombies. Alice, Claire and her comrades decide to launch a final assault on both Isaacs and Wesker, in the process they uncover more secrets about Umbrella’s shady past and Alice’s mysterious past she has no recollection of.

Despite his many attempts to find gold with an IP that is rich with lore, can Paul W.S. Anderson finally end this series on a high note or should it be left alone to devoured by zombies? 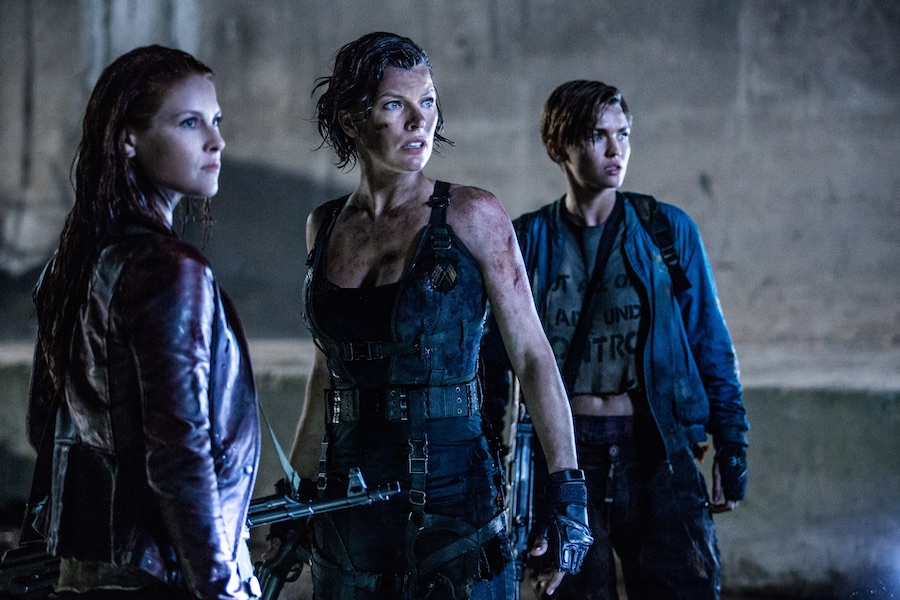 Alice and Claire prepare to battle with their new allies.

Resident Evil: The Final Chapter is a dumb and loud action movie that never reaches its potential thanks to a largely non-existant story , under-developed characters , bad editing which undermines a good chunk of stunt work and a conclusion that is not really satisfying for people who have watched all the movies before this one. Can’t recommend this one to fans and non-fans of the series.