Starring: – Seth Rogen, Zac Effron, Rose Bryne, Chloë Grace Moretz, Dave Franco, Ike Barinholtz
Run time: – 92 minutes (1hr 32mins)
Parenthood vs. Sisterhood
Neighbors (A.K.A Bad Neighbours outside North America) was a surprise comedy hit in 2014 featuring comic legend Seth Rogen & Zac Effron who showed the world he can be a comedy star. It ended up being a critical and box office success raking in  $270 million worldwide. So it was only a matter of time a sequel will be commissioned.
This sequel picks up from the events of its predecessor. Mac (Seth Rogen) & Kelly (Rose Bryne) are getting ready to move from their house and are also preparing to welcome their second child into the world. They have sold their old home and purchased a new one, but have to wait through 30 days of escrow to make sure the sale is completed. All seems good until a new threat in the form of a sorority moves into town. 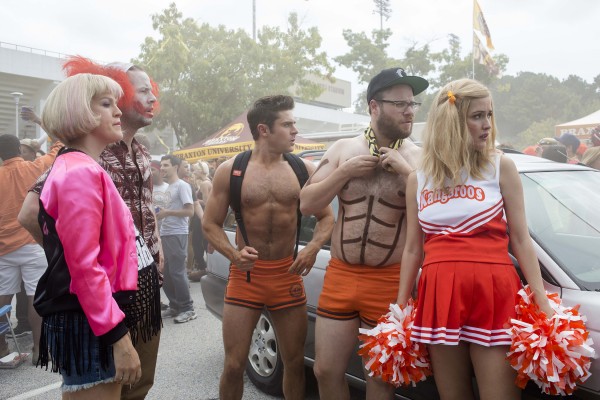 The founder of the sorority named Kappa Nu is Shelby  (Chloë Grace Moretz), a freshman at the local college who is weary of the male dominated frat parties. She is also annoyed by the fact that it is illegal for sororities to throw parties in their own accommodation.  Shelby forms an alliance with a group of girls and gets mentored by Teddy Sanders (Zac Effron), who is struggling to figure out what he wants to do with his life. He also wants revenge on Mac and Kelly for the criminal record he got from the events of the first film. This forms a conflict between the adults who just want the girls to be invisible until the escrow is cleared and the sorority, who want to have the right to party.
Comedy sequels are notorious for being inferior to their originals.  A lot of the time they are unable to re-discover the magic of what made the first film hilarious and tend to tread familiar ground without offering anything new. Does Neighbors 2: Sorority Rising do enough to be in the class of comedy sequels that avoids this trap? 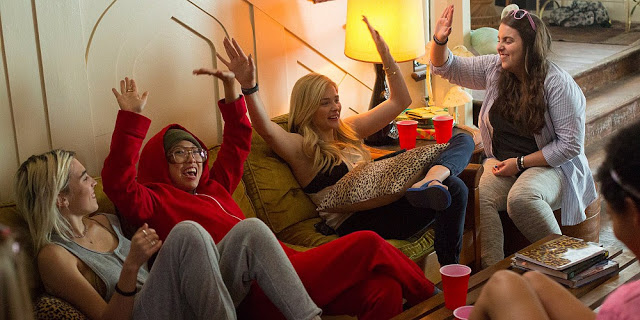 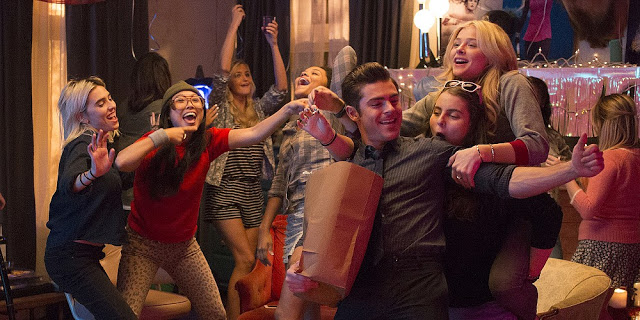 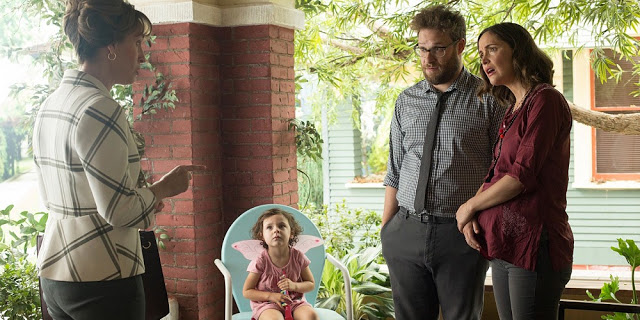 The jokes are thrown at a frantic pace.

Neighbors 2: Sorority Rising is a sequel that manages to wrangle a surprising amount of humor from a revisited premise with minor changes.  It does more than enough to escape the rank of redundant sequel but it doesn’t hold a candle to its original, though its certainly close.  You won’t be disappointed with this flick.