The American Dream Has A Price

Say what you want to say about Ben Affleck as an actor, there is no denial that the man is a talented filmmaker. His resume as a director includes the critically praised and award winning Argo, the gritty and exciting tale of The Town and the film adaptation of novelist Dennis Lehane’s Gone Baby Gone which was also a critical darling. So when it was announced he was attached to direct another one of Lehane’s novels I knew I had to see this movie regardless of how it turned out. Live By Night on the surface looks like a typical crime drama but the novel brings up the topic of the prohibition, the great depression, racism and religion. With all these themes this would present Affleck with an exciting challenge.

Live by Night follows Joe Coughlin (Ben Affleck) a former World War I veteran of Irish decent who turns to a life of crime after seeing no benefits of making an honest living. He starts out as a relatively low-level mobster in Boston during a 1920s America that everyone remembers as the great depression and prohibition era. He slowly makes a name for himself with the aid of his partners in crime including Emma Gould (Sienna Miller) the mistress of notorious Irish mobster Albert White (Robert Glenister) who he falls in love with and his father Thomas Coughlin (Brendan Gleeson) who is on the other side of the law. After ripping off mobsters and robbing them in poker games, Joe decides to pull one last heist and run into the sunset with Emma, but Albert hears about his plans and double crosses Joe, nearly killing him in the process. 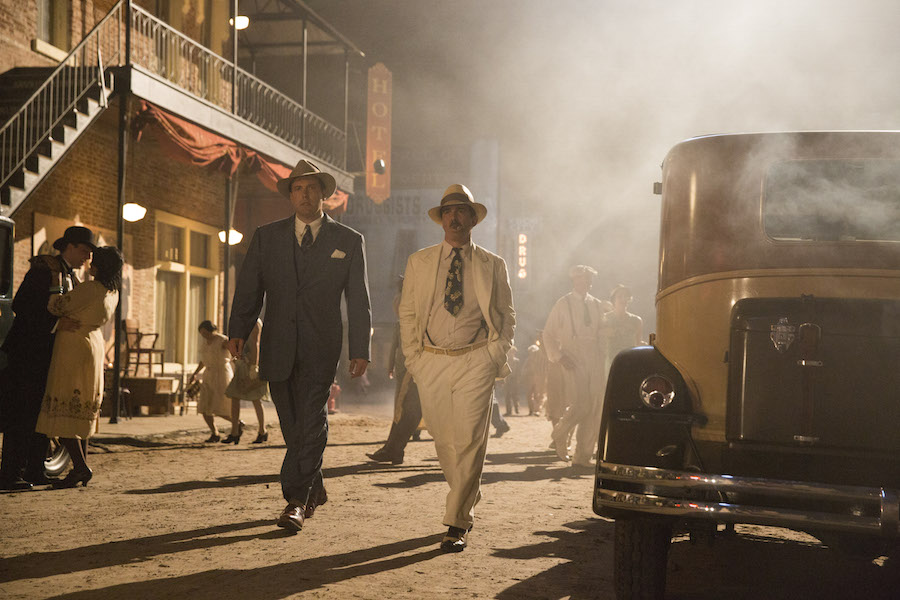 After receiving some serious punishment and a nasty fall from grace, he decides to start over by forming an alliance with Italian mob boss Maso Pescatore (Remo Girone), an enemy of White. Coughlin is assigned to Florida with his former partner Dion Bartolo (Chris Messina) to help Pescatore build an empire that deals mostly in rum trade in Ybor. During the process he meets a Puerto Rican woman named Graciela (Zoe Saldana) who he forms a romantic relationship with and also makes a truce with the local lawman Chief Figgis (Chris Cooper, who is willing to overlook his misdeeds under certain conditions. Along his journey back to the top Coughlin will meet trouble in the guise of the Ku Klux Klan and Chief Figgis’s daughter Loretta (Elle Fanning), an innocent teen who plays role in whether Coughlin’s efforts and future plans for himself will succeed.

With an interesting premise and a cast full of heavy hitters like Ben Affleck, Sienna Miller, Elle Fanning, Zoe Saldana, Chris Messina, Chris Cooper, Brendan Gleeson and many more; the movie has all the right ingredients to become another highlight in Affleck’s impressive filmography. 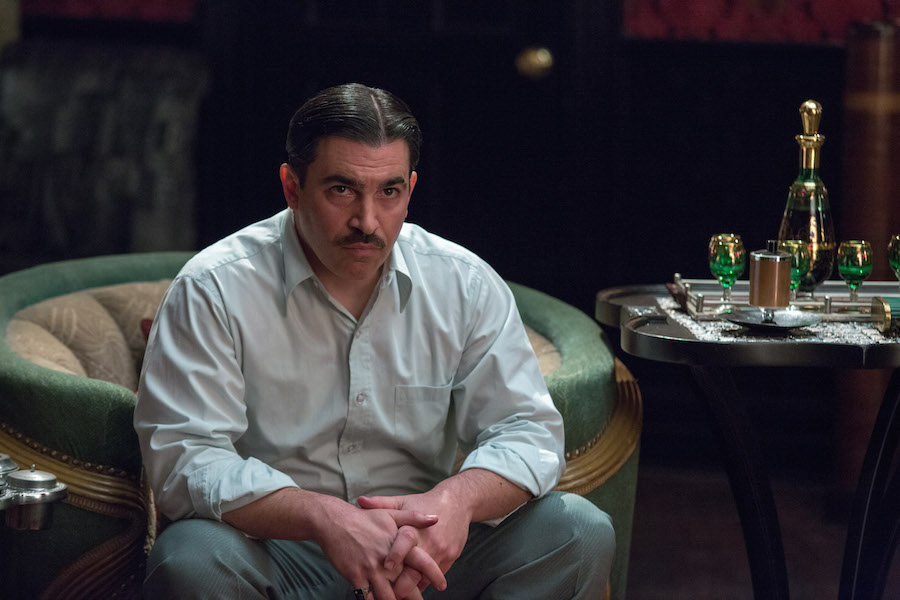 Dion is the extremely violent comic relief of the film.

Loretta Figgis (Elle Fanning) is a key component of the story.

Live by Night has the fragments of a great movie in it but an average performance from its lead role, poor pacing and inability to address its themes in a timely manner ensures that this visually stunning picture never reaches its potential. Not a bad movie but definitely not a great movie by Affleck’s high standards.

RATING:- WATCH AT A DISCOUNTED PRICE