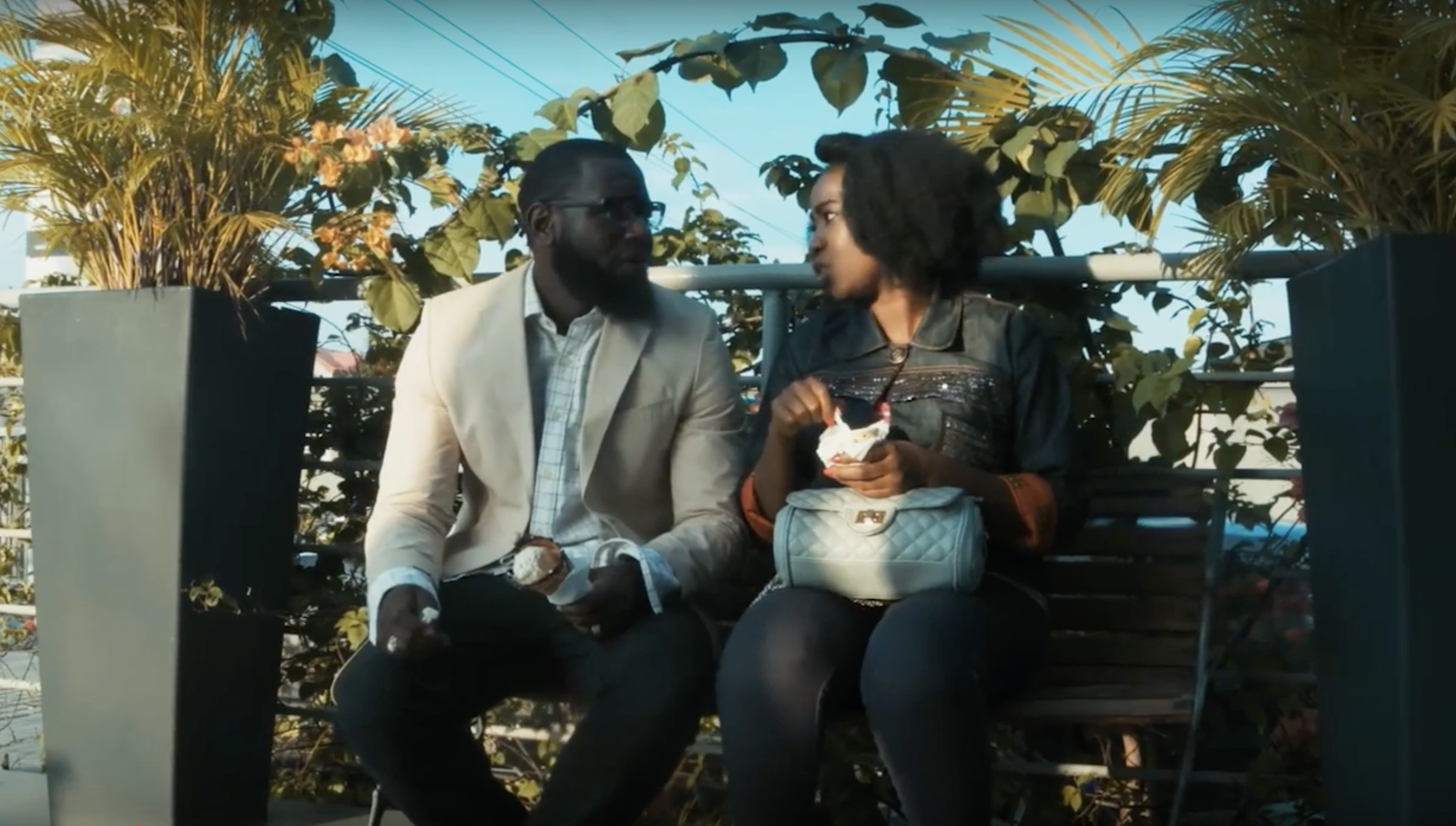 GuynMan centers itself around Anaya “Naya” Ekiye (Lolo Eremie), a writer for a gossip magazine and Ikechwuku “IK” Mordi Jnr. (Jimmy Odukoya), a tech-head who have been the best of friends since university. They tell each other about their dating lives whether it is prosperous or in Ik’s case disastrous and have each other’s back and won’t let anything come in the way of their long-standing friendship.  When Anaya runs out of article ideas for her magazine, she takes it upon herself to improve Ik’s dating life with a makeover and write a piece about it during the process.  Madness ensues and the whole ordeal will leave the two questioning whether friends can be in love and not know it?

The picture of the day has had an interesting journey to the Nigerian cinemas. It had a lengthy development cycle and had to go through an unconventional route to get to the silver screen. Initially released in 2017, GuynMan had to make its first rounds through pop up screenings and other events. But despite the lack of initial outreach still did well enough to score itself some a nod.  from the Africa magic Viewer Choice Awards. It’s genuinely exciting when a well-received movie within small circles gets its opportunity to shine on a grander stage.  It also serves as Lolo’s debut film as a writer, producer and director and lead actor. Can this romantic comedy with its cast and premise, get greater recognition from the general audience?

GuynMan is a solid romantic comedy with charm and good performances from its well-rounded cast but it is also one that is unfortunately weighed down a little by some pacing and editing issues. A film worth checking out.