… And All The Beautiful Colours In My Mosaic of Madness

Watching this movie made me realize that there is a massive gap in the Nollywood scene as there are not a lot of movies that speak to the Youth of Nigeria. A lot of movies in this industry doesn’t rely on a cast of young actors but rather opt to go for veterans who are significantly older. Inspired by George Lucas’s American Graffiti and Michael Gondry’s Be Kind Rewind, Green White Green hopes to be a movie that the youth of Lagos and Nigeria can relate to and be inspired by.

Green White Green follows three young lads from the three major tribes who are in that period in their life where the world is about to become their theatre but they have no clue about the role they want to play in it. We have Uzoma (Ifeanyi Dike), an orphaned self-taught artist who lives with his brother (Okey Uzoeshi) and makes a living selling his works and dreams of getting them featured in a gallery, Segun (Samuel Robinson) a young lad who dreams of escaping the hustle and bustle of Lagos to go to New York and Baba (Jamal Ibrahim) a boy who doesn’t want to go to university to study another conventional subject. Despite their different life-styles the boys still remain great friends and manage to find time to frolic around the culturally diverse Lagos as they spend their days playing video games and engaging themselves in Yab-offs (improvised insult matches) with local gangs. 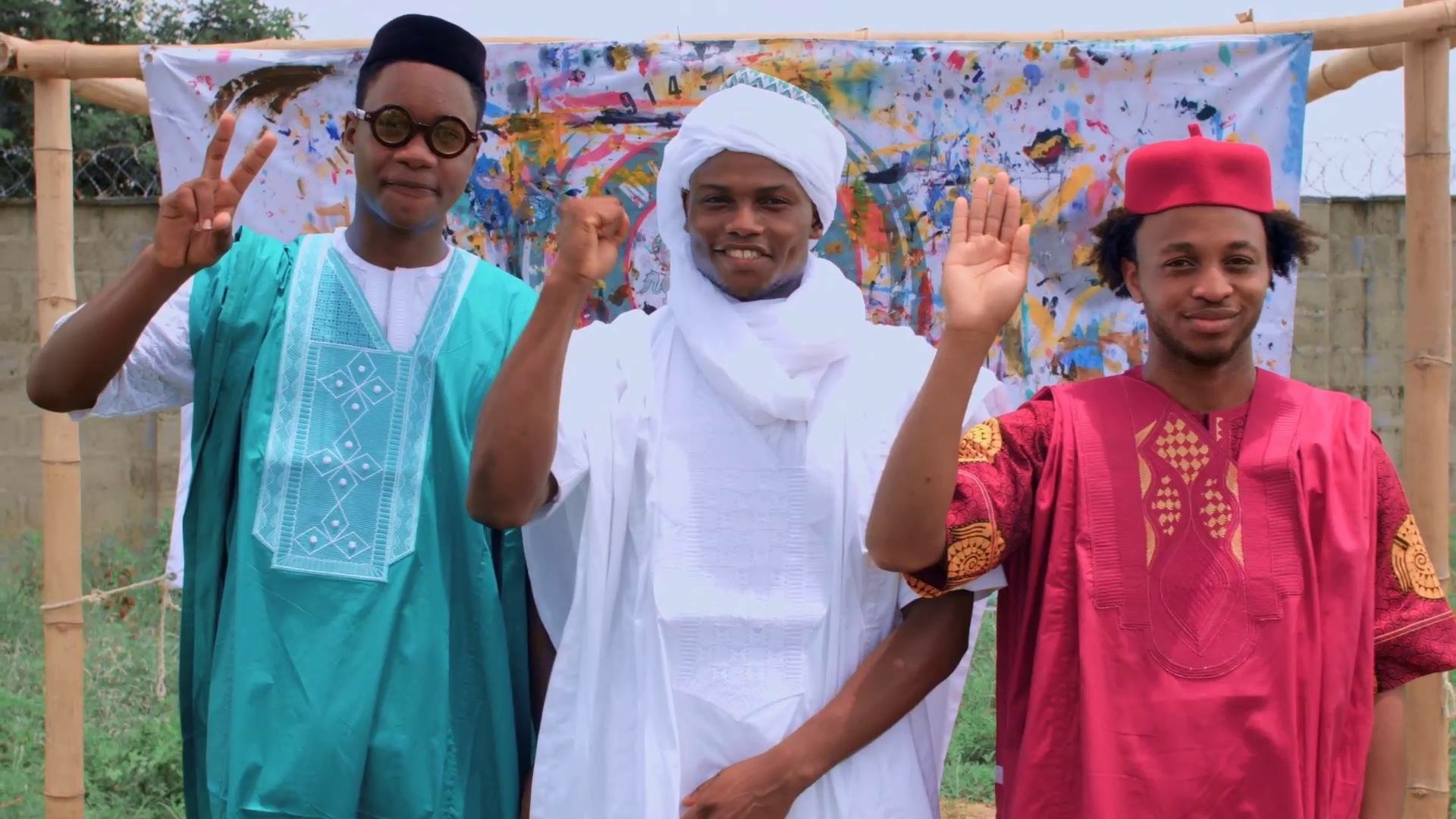 Though the boys struggle to find answers for their next movement in life, they decide to make a short-film that captures the essence of Nigeria. Little do they know that the movie they are about to make is going to give them a better understanding of their nation, Nigeria but also act as a catalyst for their journey into adulthood. Green White Green is the first feature length film of Nollywood visionary Abba T. Makama who up till this point has directed documentaries (Nollywood: Something Out of Nothing), short films (Party of Ministers) and comedy satires (Direc-toh). Is his latest work something we should observe or is it a movie that we should ignore all together? Lets take a look at the positives and the negatives. 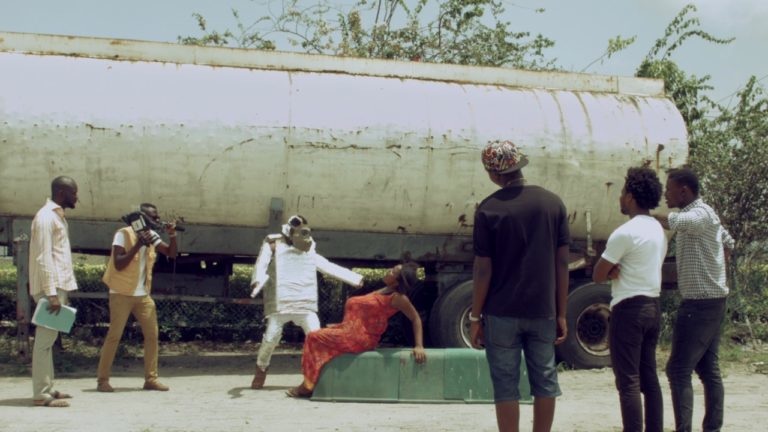 The movie is satirical in nature. 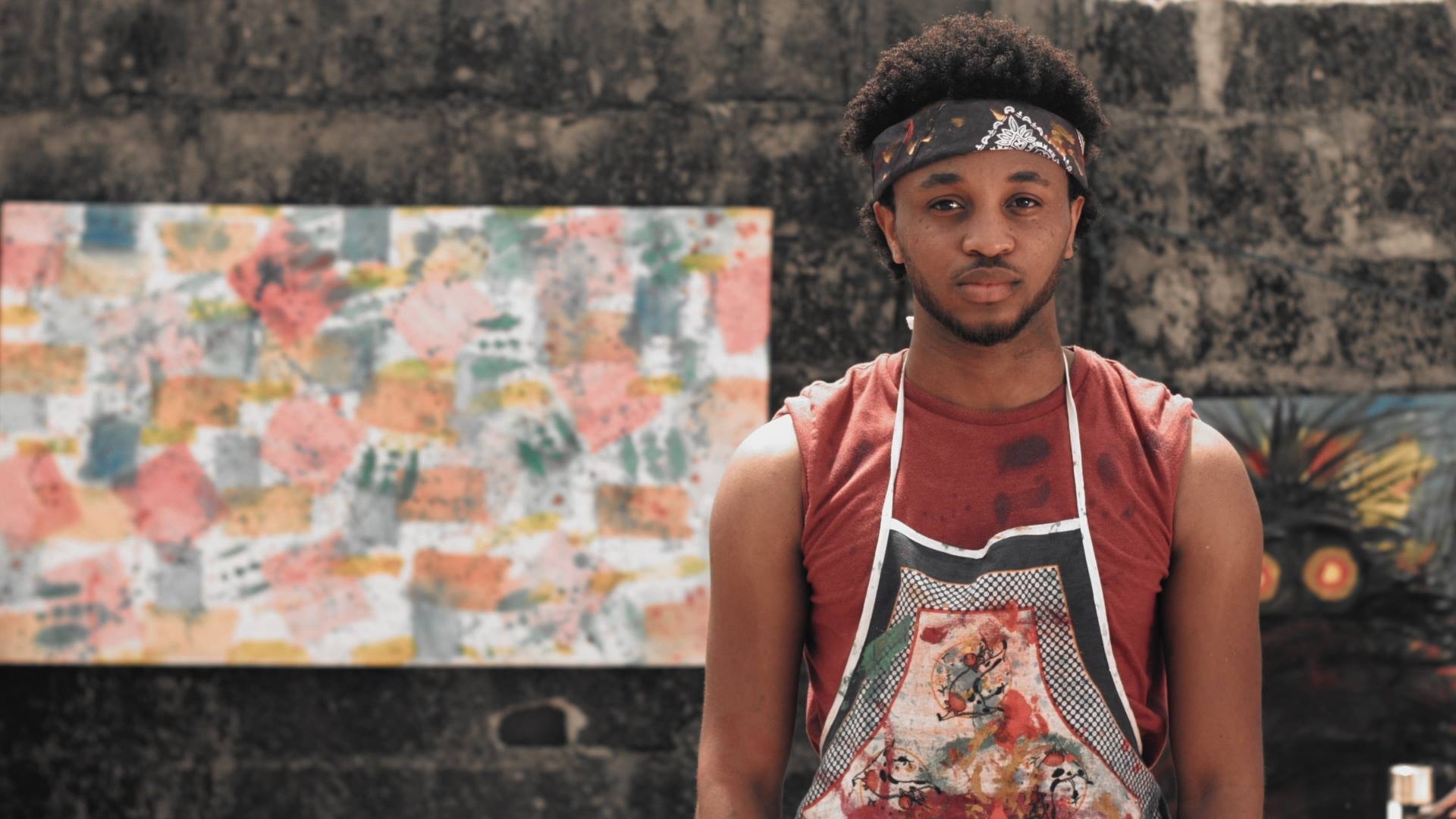 Uzee on his grind as a self-taught artist. 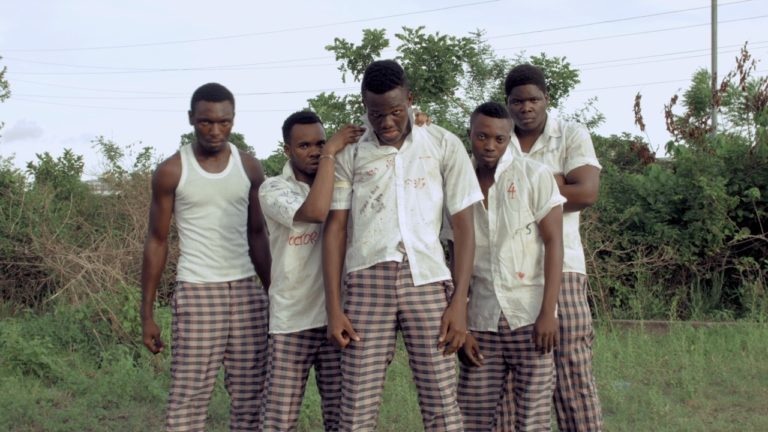 A gang of young hoodlums are looking for trouble.

Green White Green is a great comedy that provides a humourous examination on Nigeria and its youth. This movie stands above many other films in Nollywood with its unique visual style, soundtrack, good performances and great message that millennials can indentify with. It is a great celebration of youth in Lagos and Nigeria and it’s a highly recommended watch.

Green White Green is scheduled to be released on Netflix in the coming weeks.  If you want to see more independent films from Nigeria and beyond check out  the Lights Camera Africa Festival  today  till Sunday October 2 at the Federal Palace Hotel, Victoria Island. If you are interested in attending be sure to check their website and register for the festival at no cost. Please be sure to also like them on Facebook and follow them on Twitter and Instagram.