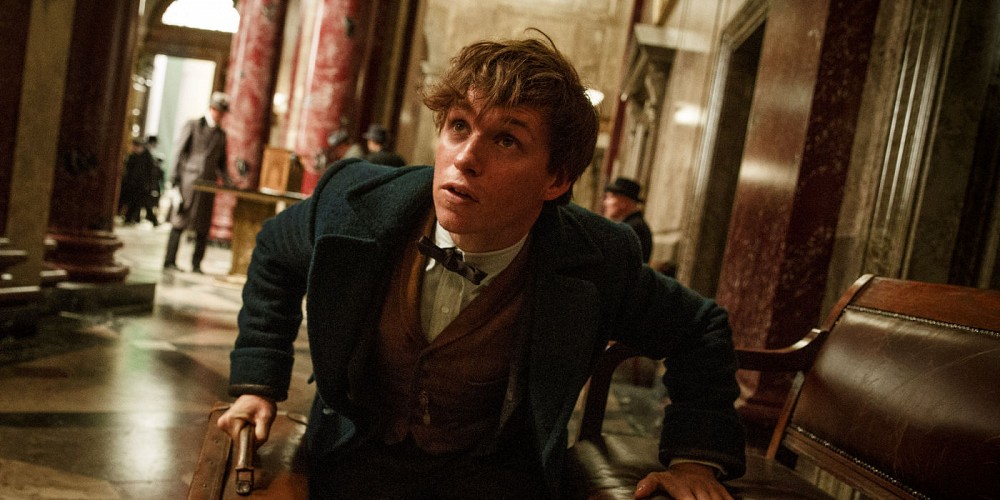 It looks like the Harry Potter universe or the Wizarding World as it has been officially branded as isn’t vanishing anytime soon.  We have seen  series mastermind J.K. Rowling continue the Harry Potter saga in the form of a stage  play called Harry Potter and the Cursed Child  and a prequel of sorts  titled Fantastic Beasts and Where To Find Them.  Academy Award winner Eddie Redmayne in this film plays Newt scamander, a wizard is on a journey to recapture all the creatures he accidentally let loose in 1926 New York City . The time period in which the film is set in is several decades before the boy who lived starts his magical adventures in Hogwarts.

Naturally  it is expected that the story will have connections to Harry Potter  world with younger versions of the franchise’s established character making a cameo or major appearance.  Even though that might not happen in the upcoming movie it is bound to happen in one of the four sequels that are now being planned by series creator J.K. Rowling.  David Yates , the director of this piece however confirmed that a younger  version of Harry Potters wise Headmaster Dumbeldore will be making an appearance in the sequel and will even share scenes with Redmayne’s Newt. He  told Screen Rant in an interview that :

““In the second movie Dumbledore comes back. He’s got a couple of good scenes with Newt… We’re discussing who would play Dumbledore, any suggestions would be good. [Laughs]”

this is definitely intriguing as it leaves one asking what other characters could get involved in this  series of prequels and who will play the Dumbeldore ?  the only other news we know about the sequel is that Johnny Depp has signed to play a part in it . Fantastic Beast and Where To Find Them is set for a  18 November , 2016 release date.

MICHAEL KEATON CONFIRMED AS THE VULTURE FOR SPIDER-MAN: HOMECOMING