It must be known that I’m not very familiar with Doctor Stephen Strange who is said to be the Sorcerer Supreme in the Marvel universe. My knowledge of the character doesn’t come from his own comic book series but his guest appearances in other Marvel comics, his playable or cameo statuses in various video games and his animated television and movie appearances. With that said I have no fear that I won’t be lost going into this movie as Marvel studios track record has shown us that they can introduce the world to a bunch of B-list super heroes in guise of the Guardians of the Galaxy and Ant-Man and singlehandedly make us fall in love with them and turn them into pop cultural icons for this generation. 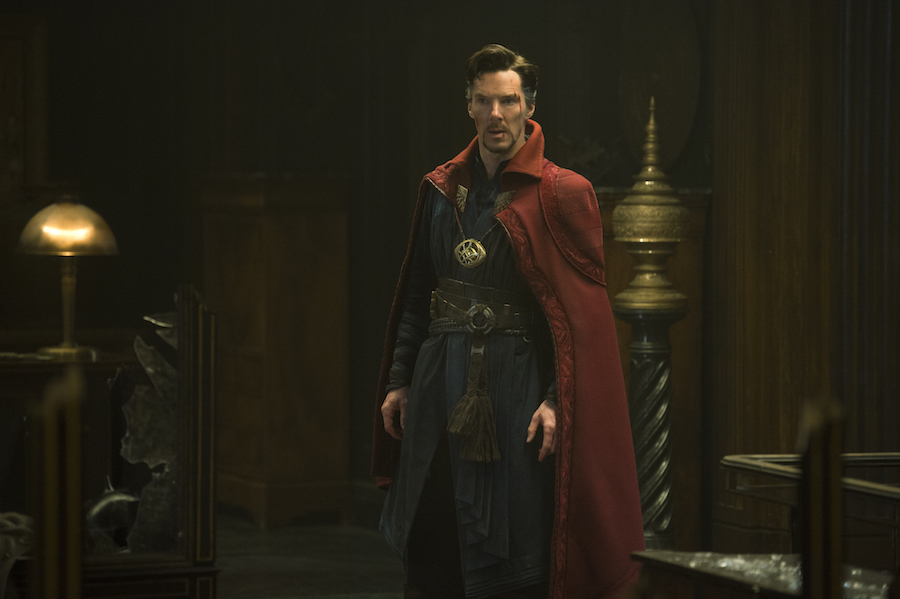 For those who aren’t familiar with Dr. Strange, he made his first appearance in 1963. Inspired the radio program Chandu the Magician, he was created by the legendary duo of Stan Lee and Steve Ditko. Like the Spider-Man, his first appearance was in an anthology series of comics called Strange Tales (issue 110) that Marvel at the time published. Since then he has become a prominent figure in the Marvel pantheon and has finally gotten his first shot at the silver screen even though its not his first movie as there was a 1978 made –for-TV movie based on the character and he had an animated film that was released in 2007. 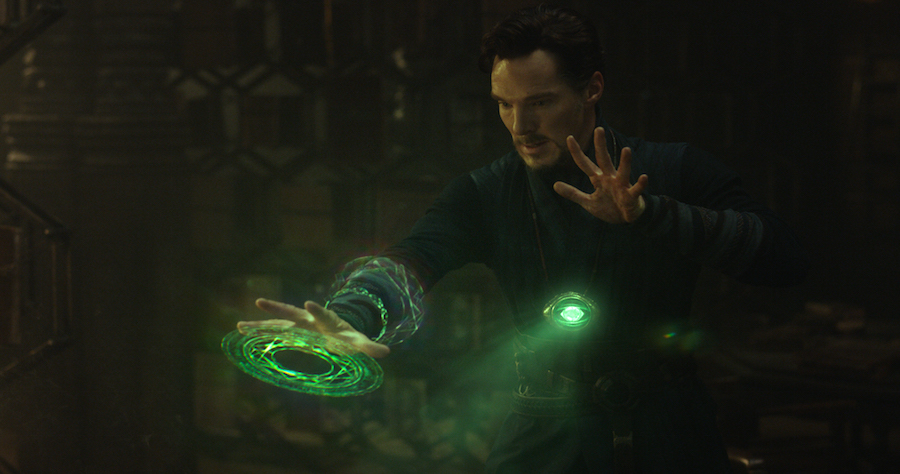 The movie introduces magic to the Marvel Cinematic Universe.

Marvel Studios Doctor Strange is not only the perfect film to integrate the element of mysticism; magic (even though we have seen small elements of it through Thor) and dimensional travel   into the Marvel cinematic universe but it also acts as the perfect opportunity to introduce a new audience to Dr. Strange. This movie acts as origin tale as it follows Stephen Strange, a wealthy, cocky and egotistical but very intelligent neurological surgeon who is at the top of his game. When he gets into a horrific car accident he loses the use of his hands due to severe nerve damage, which as result hinders his ability to perform surgery, and effectively damages his livelihood. Down in the dumps, the doctor visits a former paraplegic, Jonathan Pangborn (Benjamin Bratt) who healed himself without the use of medicine but magic. He points Strange to Kamar-Taj in Nepal where he can seek answers from the Ancient One (Tilda Swindon). After he meets with her and he humbles his arrogance through a demonstration of her powers by showing him magic and alternate dimensions, Strange begins to accept that there is more to life than being a surgeon and wants to learn more about the mystic arts and his journey to becoming a sorcerer begins as he not only learns about the mysterious arts through the Ancient One but also her disciples Wong (Benedict Wong) and Karl Mordo (Chiwetel Ejiofor). Whilst his training is going on a former disciple of the Ancient One, Kaecillius (Mads Mikkelsen) along with his zealots plans to bring the destruction to the world using forbidden magic and these two become destined to cross paths and a battle to save the earth ensues.

With the brilliant Benedict Cumberbatch who many will recognise for his turn as the equally egotistical Sherlock Holmes in BBC’s Sherlock cast as Marvel’s resident sorcerer backed with an impressive supporting cast featuring fellow Academy Award nominees Chiwetel Ejiofor and Rachel McAdams along with Academy Award winner Tilda Swinton and the talented Mads Mikkelsen who put in an impressive shift as Daniel Craig’s first Bond villain in Casino Royale and a the younger version of the classic character Hannibal Lecter in the short-lived TV show Hannibal. Is this strange tale (pun intended) end the somewhat mixed superhero calendar of 2016 on a high note? Lets take a look at the positives and negatives to find out. 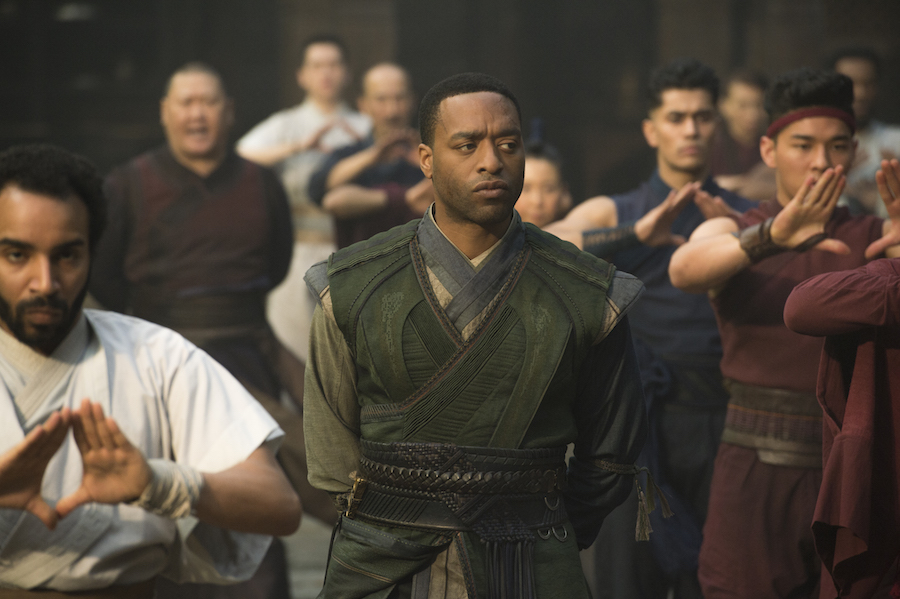 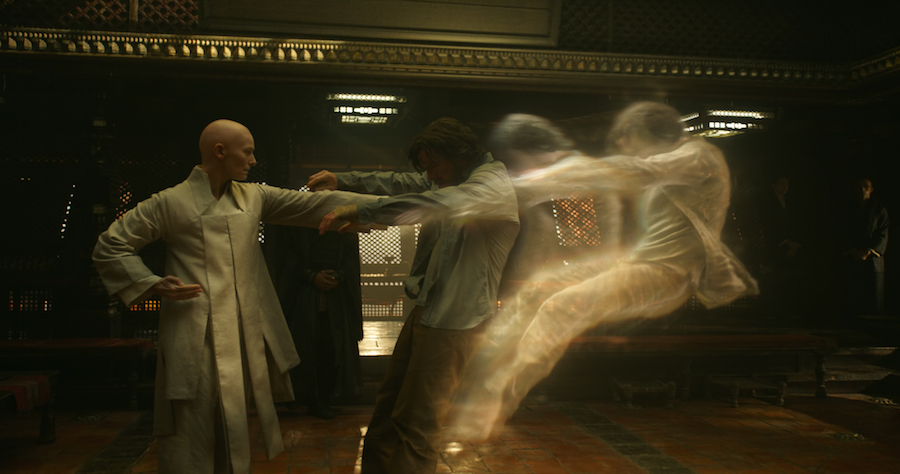 The Ancient One (Tilda Swinton) knocks Strange into the Astral dimension. 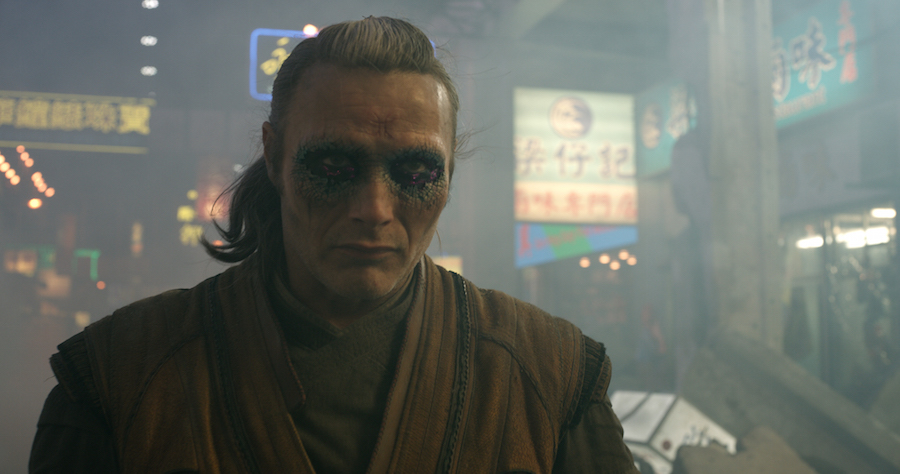 Kaecilius (Mads Mikkelsen) is looking to cause mayhem.

Doctor Strange is a visual spectacle and a thoroughly enjoyable super hero origin story with a charismatic lead and solid supporting cast that successfully combines its ridiculous and awesome elements of magic and mysticism with the typical Marvel Cinematic Universe fare.