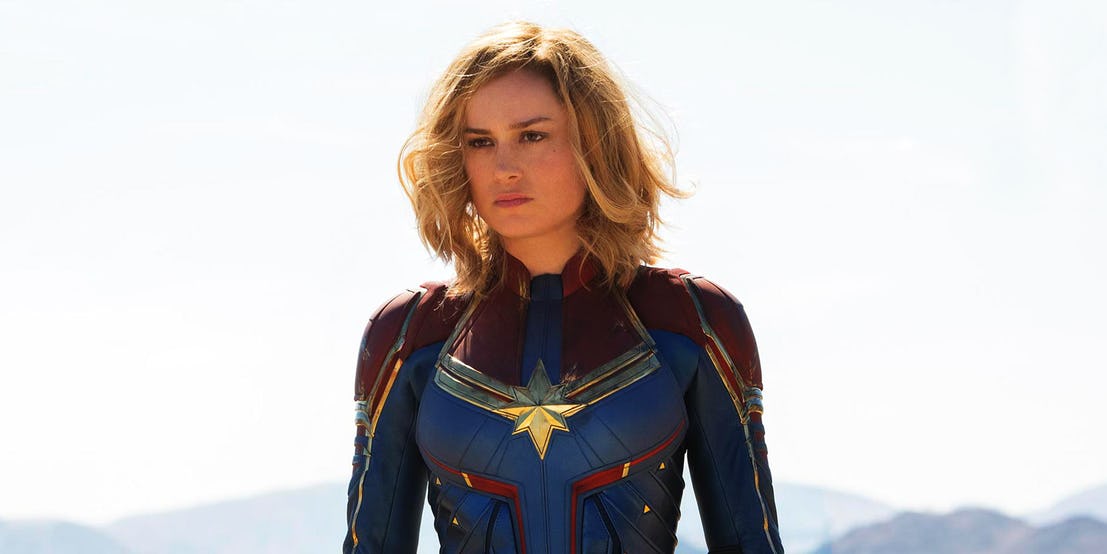 11 years and 20 films later, Marvel Studios has finally taken the bold step of introducing its first female-led superhero film in the guise of Captain Marvel. There has been a lot of expectations following this film as Kevin Feige the president of Marvel Studios on numerous occasions has stated that the eponymous Captain Marvel is going to be the strongest character in the Marvel Cinematic Universe and she is going to be a key figure in the Avengers going forward. This also gives the studio a massive opportunity to promote feminism and inclusivity which is now becoming the norm following the success of pictures like Wonder-Woman, Star Wars: The Force Awakening, Fast and Furious and Black Panther to name a few.

Set several years (1995) before key Marvel Cinematic Universe moments, Captain Marvel follows Carol Danvers, a former U.S. Air Force Fighter Pilot who has lost her memories. She has mysteriously ended up on the Kree Empire’s capital planet of Hala and now goes by Vers, a Kree Starforce member with mysterious powers. She has recurring visions of her past life and has struggles piecing it together. She is trained by Yon-Rogg (Jude Law), a commander of the Starforce to master her combat prowess and to control her powers. She is also a member special ops team that is comprised of Yon-Rogg, Korath (Djimon Hounsou) a returning character from the original Guardians of the galaxy and Minn-Evra (Gemma Chan) and a few others. She is deployed to participate in a covert-ops mission to hunt down a group of skrulls, shape shifting aliens whom the Kree are at war with. Things get messy during this routine mission and she finds herself back in her home planet, Earth. This gives her an opportunity to remember her past and to finally snuff out Skrull leader Talos (Ben Mendelsohn) who has as a secret agenda for earth. She comes across a younger Nick Fury (Samuel L. Jackson) and Phil Coulson (Clark Gregg), agents of S.H.I.E.L.D. who are out to investigate these strange events and eventually help her out in her journey.

Helmed by Anna Boden and Ryan Fleck, indie directors that have worked on critically acclaimed films like Half Nelson and few episodes of the popular TV series Billions; Captain Marvel has a great opportunity to break new ground and be on the same tier as recent films like Thor Ragnarok or the Guardians of the Galaxy and Black Panther. Let it be known that I am not going to focus on the hot topics and news surrounding the film but rather discuss whether this film itself tells a great story and successfully introduces us to the MCU’s newest Avenger.

Captain Marvel is a good origin tale and showcase for a character who will take the Avengers and the Marvel Cinematic Universe forward. It is not perfect as it stubs its toes with some poor story choices, poorly choreographed action sequences, odd and somewhat contradictory portrayals of established characters. It could have been so much more but it ends up being a Phase 1 movie of the 2000s in phase 3. A decent but ultimately hollow picture.