Disney live-action remakes of their classic animated features are coming in faster than money goes into my Bank account. We have already seen Cinderella, Maleficent, Pete’s Dragon and last years Jungle Book and more like The Little Mermaid, Aladdin and Lion King (one I don’t agree with) are already in development. One of the most hyped ones has definitely been the remake of the 1991 Oscar winning animated classic Beauty and the Beast. 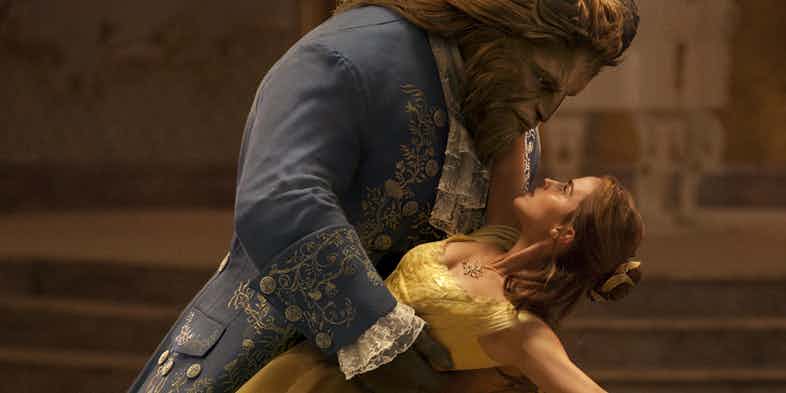 Based on the animated feature of the same name and the classic French fairy tale, Beauty and the Beast follows a self-absorbed prince (Dan Stevens) who spends most of his days in his beautiful castle in France hosting parties and balls for the countries most beautiful people. After an old beggar woman interrupts a debutante ball during a winter storm and pleads for shelter in his castle, the prince turns her away due to her looks. Unbeknownst to the cruel and selfish prince, the beggar was actually a beautiful enchantress   who decides to punish him for his arrogance. She transforms the prince into a hideous beast and his servants into inanimate objects, and erases all memory of the castle from the local townsfolk. She leaves the beast with a magic mirror and rose telling him that in order to break the spell he must earn the love of another and earn her love in return before the final petal of the rose falls or he and his servants will remain in their altered forms forever. 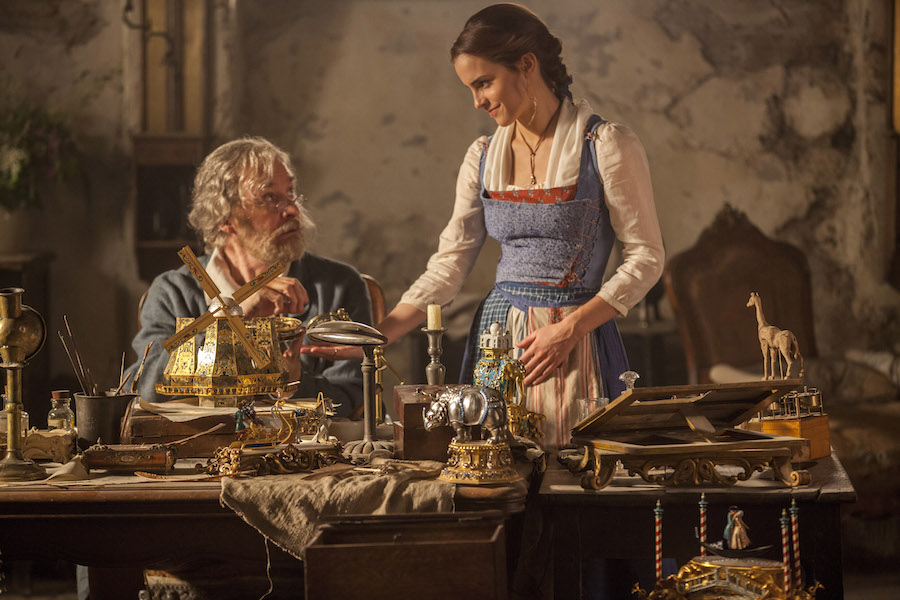 Years pass and the story moves to Villeneuve, A small village not too far away, where an old and kind music box maker named Maurice (Kevin Kline) lives with his daughter Belle (Emma Watson): a forward thinking and independent young-woman who spends her time reading books. Her different and progressive way of thinking rubs the more traditional thinking members of the village the wrong way and gets the attention of the village’s popular war hero and meat head Gaston (Luke Evans) who frolics around the town with his comrade LeFou (Josh Gad).

When Maurice, during one of his routine delivery trips inadvertently stumbles upon the prince’s castle, he winds up being taken prisoner for the Beast for eating his food and taking a rose in his garden. Belle comes to find him and forces the Beast to make her his prisoner instead to save her Father. Despite the Beast’s initial hostility towards Belle, he begins to warm up to her and show off his warmer and kinder side, which leads Belle (with encouragement from the castle staff) to realize that there is more to the Beast than meets the eyes. Whilst all this is going on Maurice returns to the village and enlists the help of Gaston who agrees to help -unaware of the fact that his reason is not honourable and is using it as an opportunity to finally wins Belle’s heart. 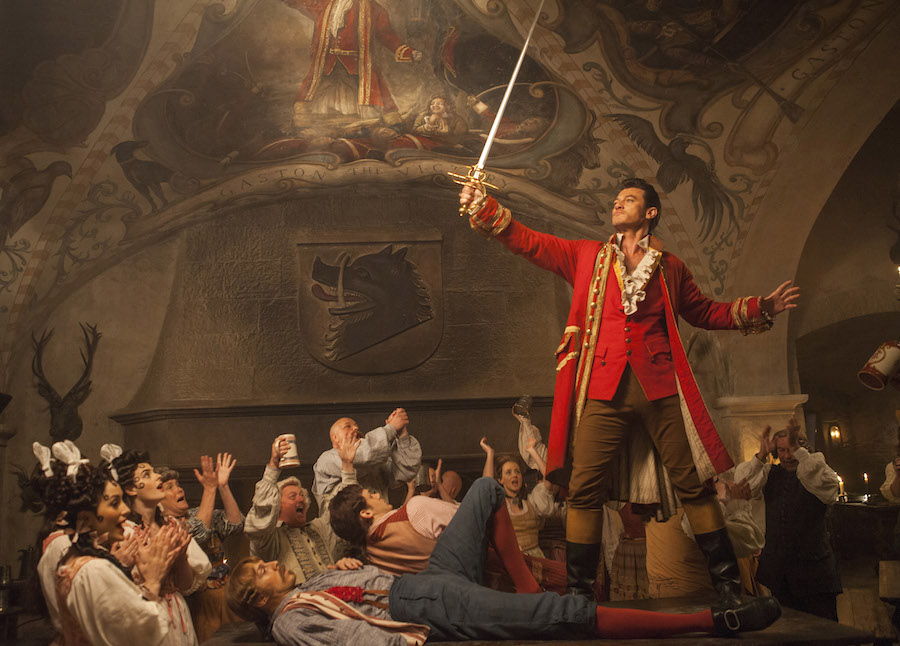 With a cast that features the likes of Emma Watson, Dan Stevens, Luke Evans, Ewan McGregor, Sir Ian Mckellen and Emma Thompson under the direction of Bill Condon an experienced screen writer and director whose credits include the critically acclaimed Dreamgirls and Chicago and the not so impressive Twilight Saga: Breaking Dawn Part 1 & 2; Does this Disney’s remake make a strong case to be watched or should we just honestly pop in a copy of the Animated feature ? 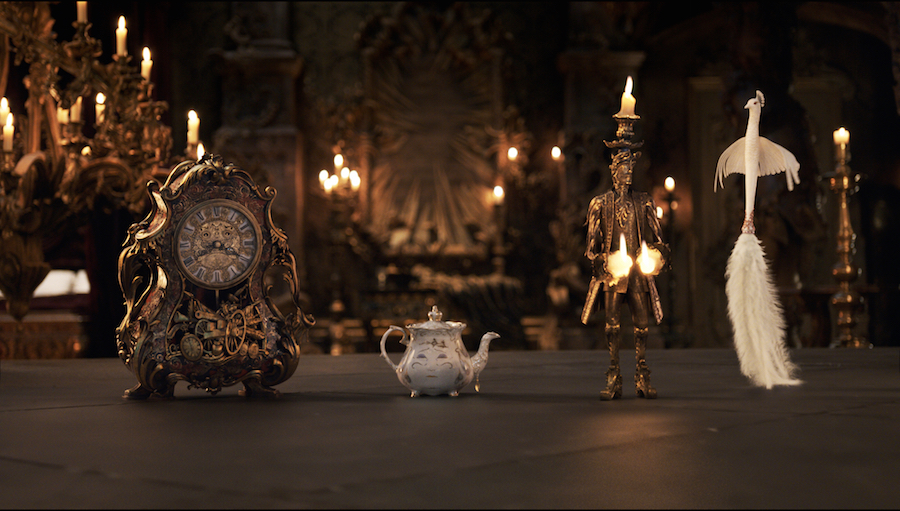 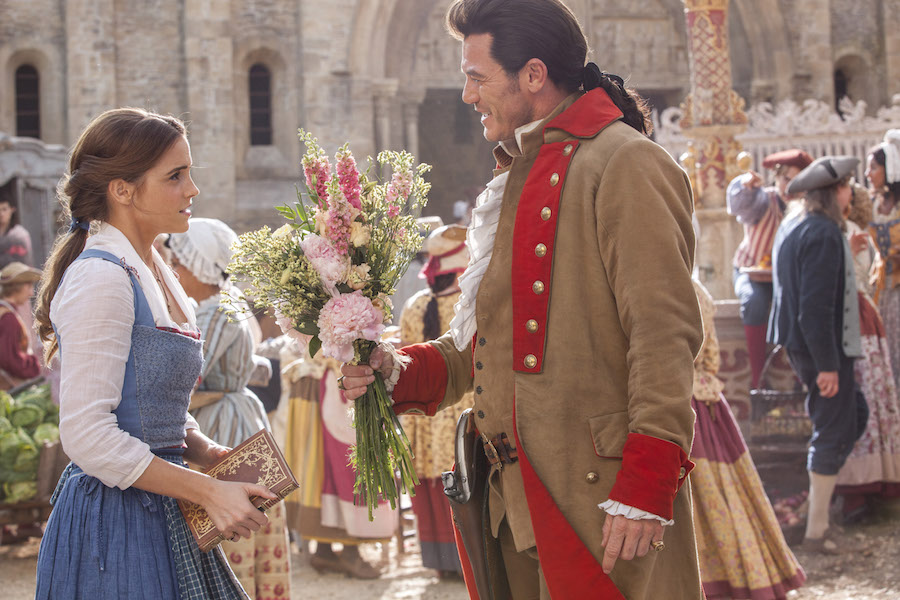 Beauty and the Beast is a fantastic remake that is extremely faithful to the original feature whilst adding layers of depth we didn’t even realize it needed. Despite it’s many improvements on the original, it still fall short in certain areas that come as a result of the limitations of the live action format. At the end of the day it’s still a movie you should watch and adore.